King of Chefs and Indian Cuisine, the Master Chef and the most celebrated chef in India Sanjeev Kapoor officially launched his very own brand name restaurant Sanjeev Kapoor’s Khazana in the heart of Brampton on November 2nd. He has taken Indian cuisine to an entirely different level in the world and is very admired among women in India and Indian origin around the world.

King of Chefs and Indian Cuisine, the Master Chef and the most celebrated chef in India Sanjeev Kapoor officially launched his very own brand name restaurantSanjeev Kapoors Khazanain the heart of Brampton on November 2nd. He has taken Indian cuisine to an entirely different level in the world and is very admired among women in India and of Indian origin around the world. His website SanjeevKapoor.com has won many awards in a row as the best and leading website in India. He initially got popular from his TV show Khana Khazana on Zee TV and he now owns four restaurant brands namedKhazana,Yellow Chilli,SignatureandOptions,and a leading 24-hour food show, Food Food. He owns over 50 restaurants in and around the world. He was also seen as a celebrity judge in Master Chef India. He has also introduced spices in his name earlier in the past and now working closely withTATAto produce spices in large levels.
Sanjeev Kapoor is a humble and grounded person in general, his friends and people who know him personally believe that he doesnt only believe in his own growth but supports others too to achieve new heights in life. He is such an inspiration to all the aspiring chefs and to everyone who wants to accomplish something in life. Its because of him that many young boys in India are choosing to be a chef, working in the kitchen wasnt supposed to be a good career for men in olden India.
Sanjeev Kapoors Khazana is a fine dining restaurant located at Airport Road in Brampton and some of his creations at a reasonable cost. The ambiance and atmosphere are perfect for any occasion. Khazana is Sanjeev Kapoors first franchised restaurant to launch in North America and he is getting more inquiries to open more franchises in North America. Their aim is to provide people with a 5-star hotel menu at very decent price. We hope to find at least one of his restaurants in a city where we travel in this part of the world, wish you more success. To get more details on pricing and menu at Khazana, please visit,http://www.khazanacanada.com/

I have had the privilege to meet Mr. Sanjeev Kapoor in person and yesterday was our fourth meeting, hes such a charming personality. The first time I heard about him was when we were flying from Delhi to Mumbai just after our wedding and they announced the catering was done by Sanjeev Kapoors company on that flight, it was such a delicious lunch meal served to us. My husband knew him from before and explained to me who he was. We even purchased at least 10 of his books from Mumbai in India while we took our flight to Kenya and served our guests with some of his recipes when we had a get together at home. His wife Mrs. Alyona Kapoor is an awesome personality as well. Looking forward to meeting them again very soon.

Here are some pictures from Khazanas official launch, 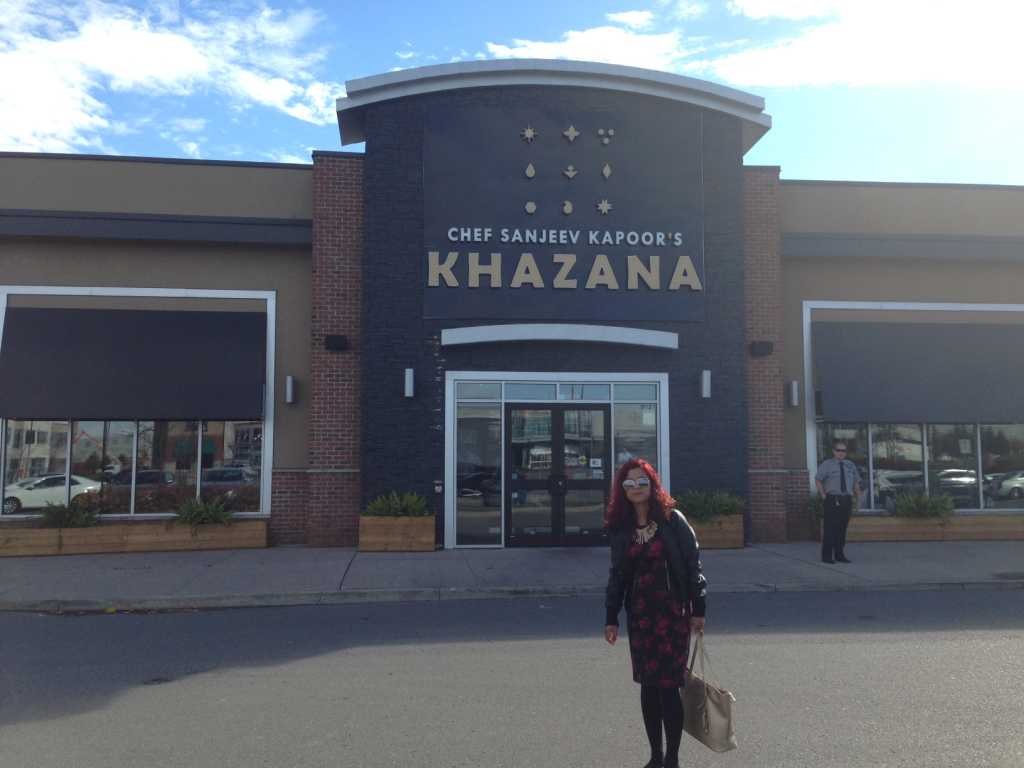 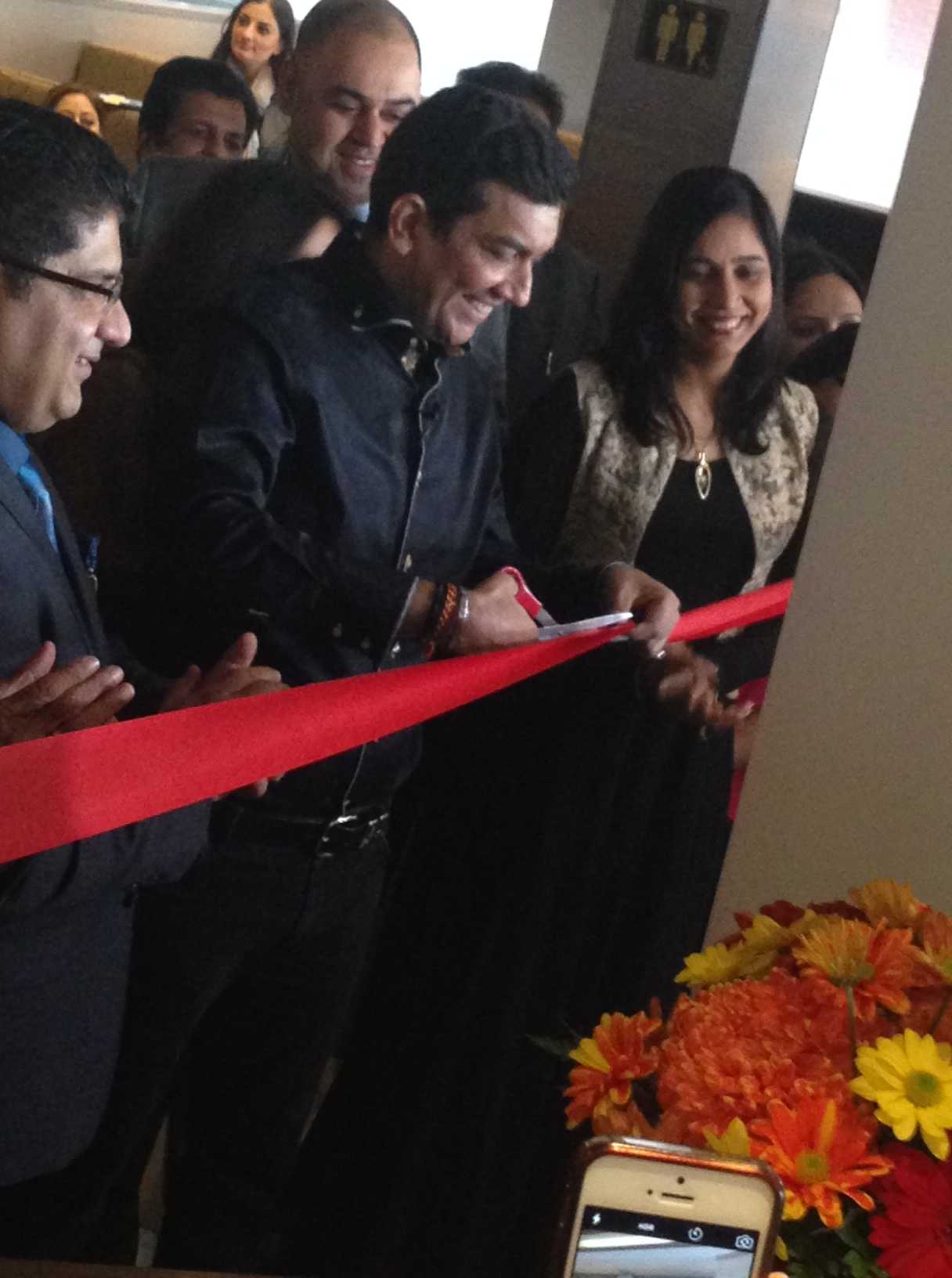 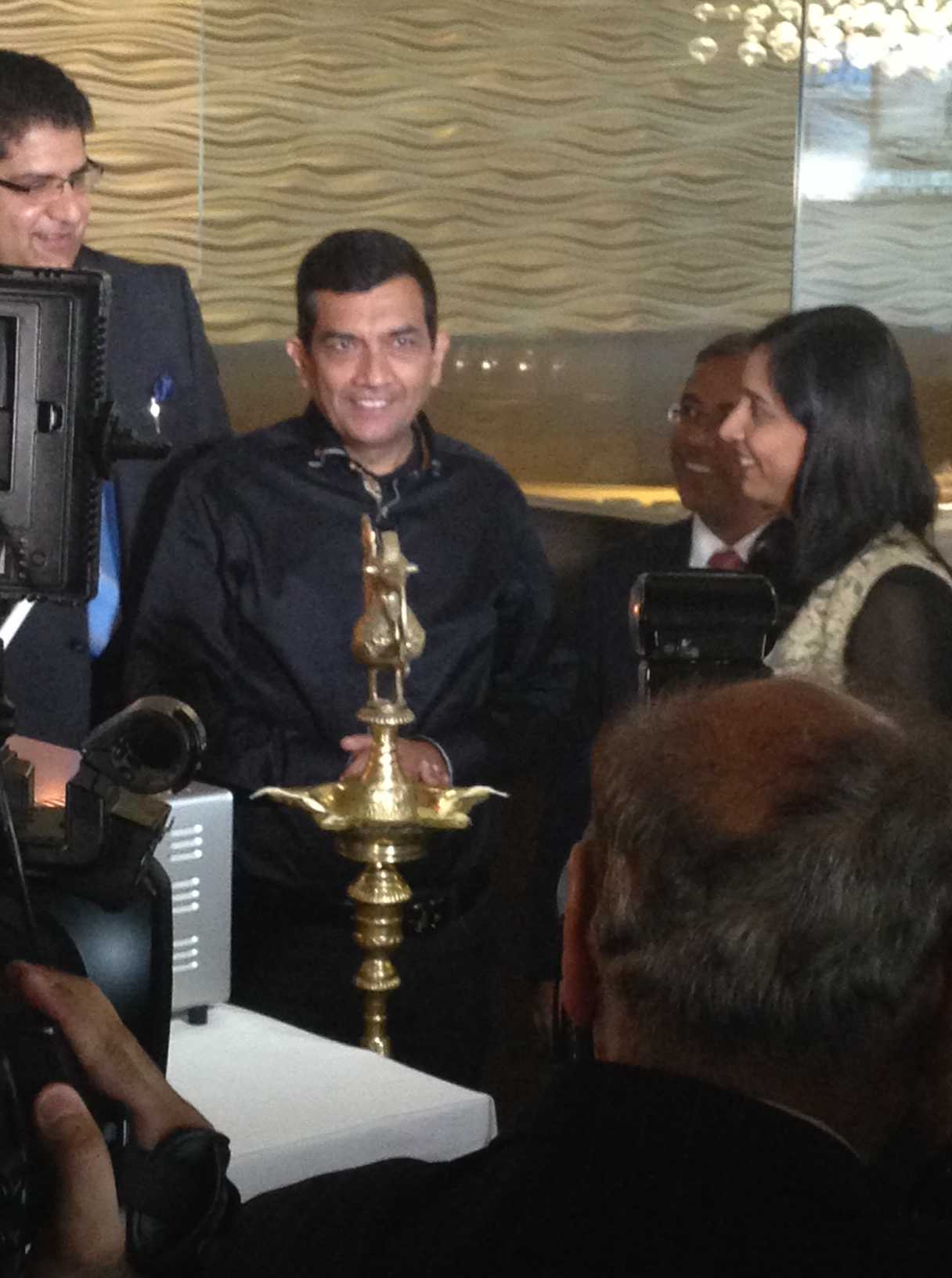 Lighting the lamp was followed just after the ribbon cutting as it represents Indian culture and ritual. 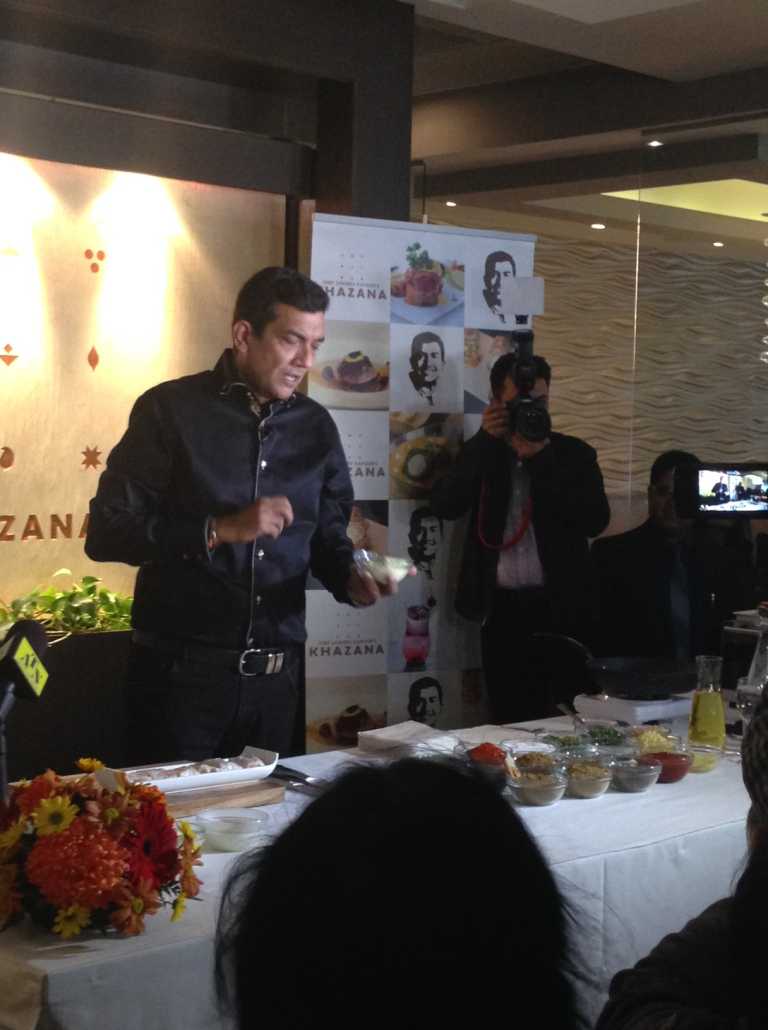 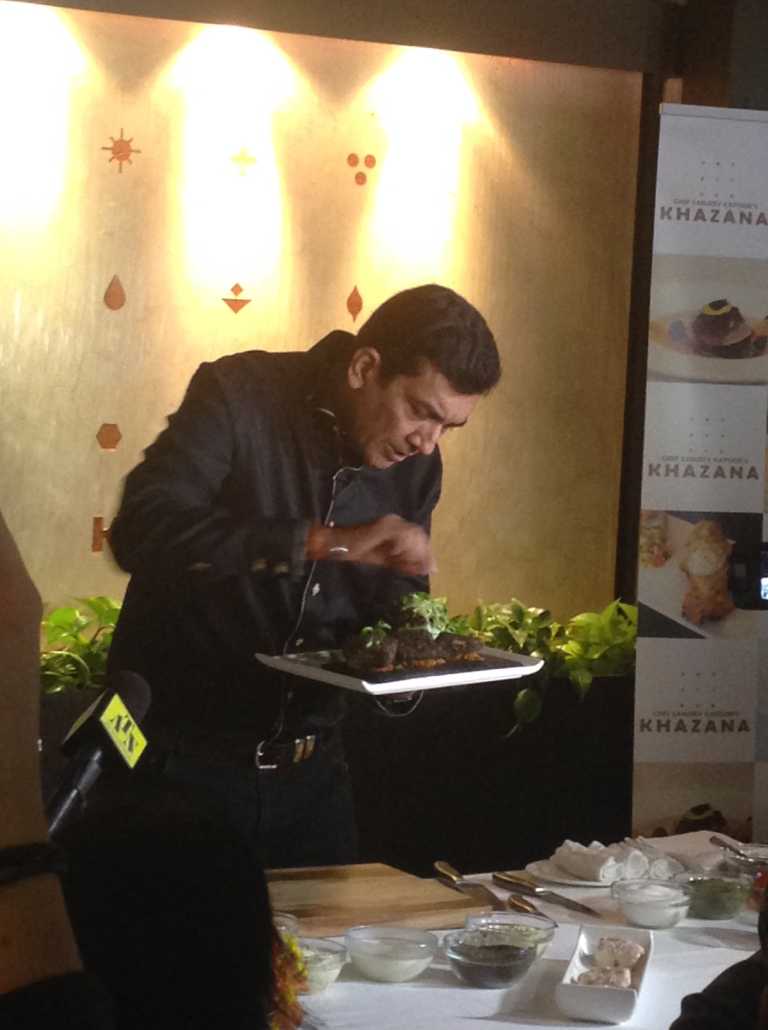 He loves cooking so much and delivers a relishing dish very quickly in front of the media. 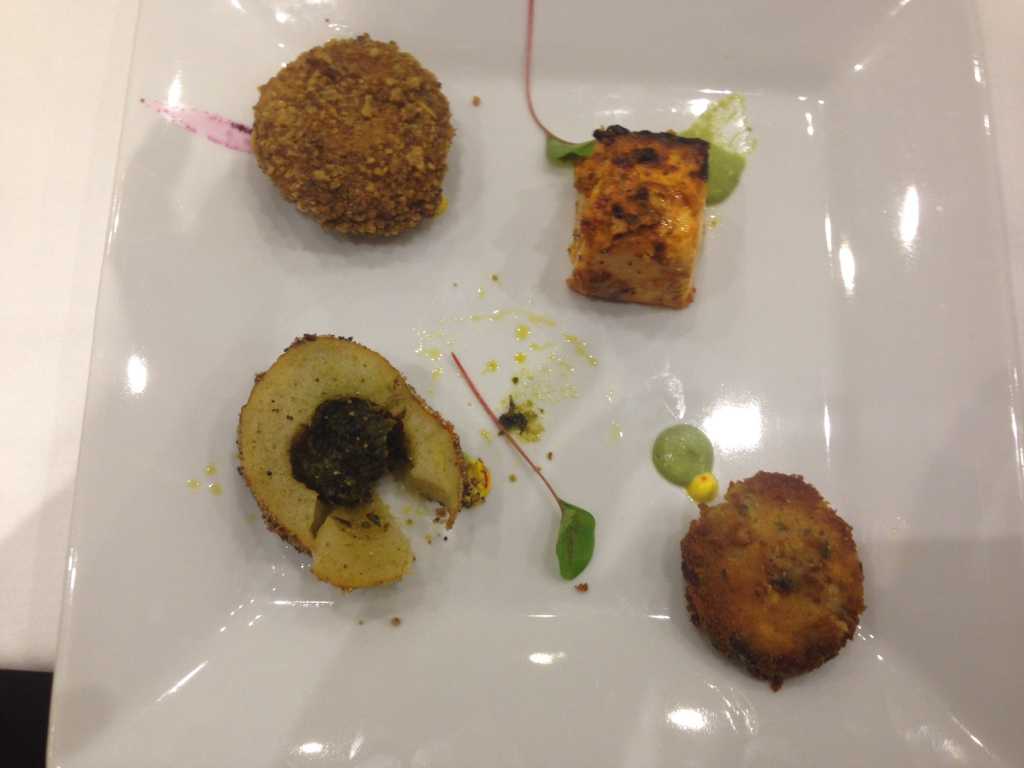 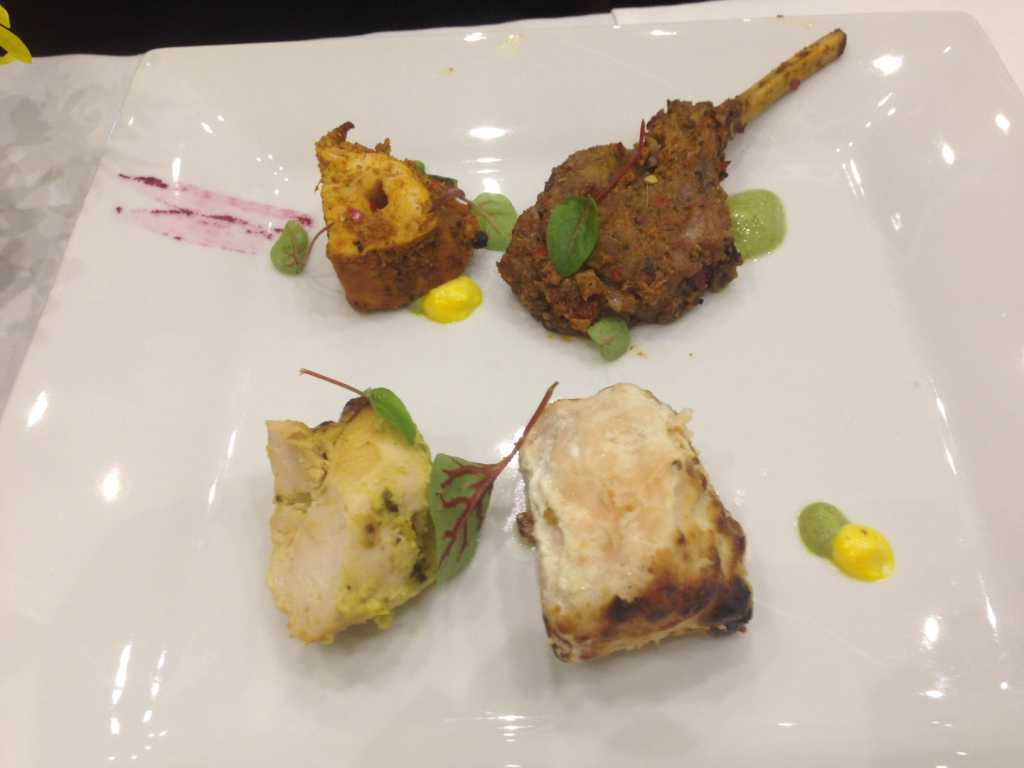 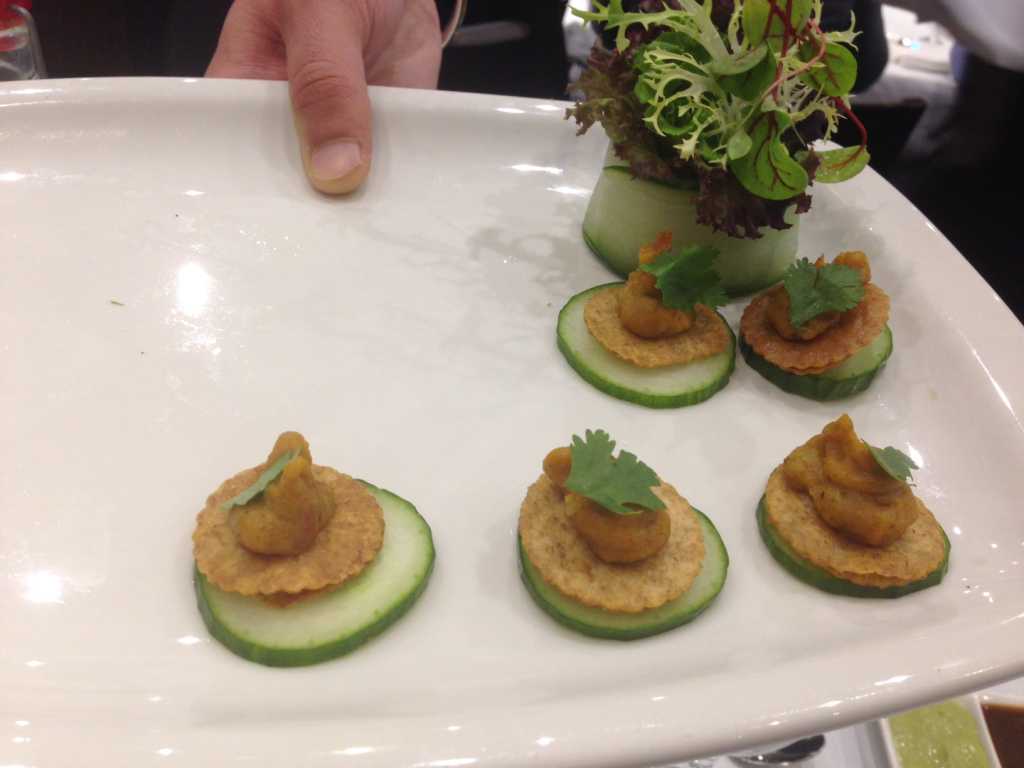 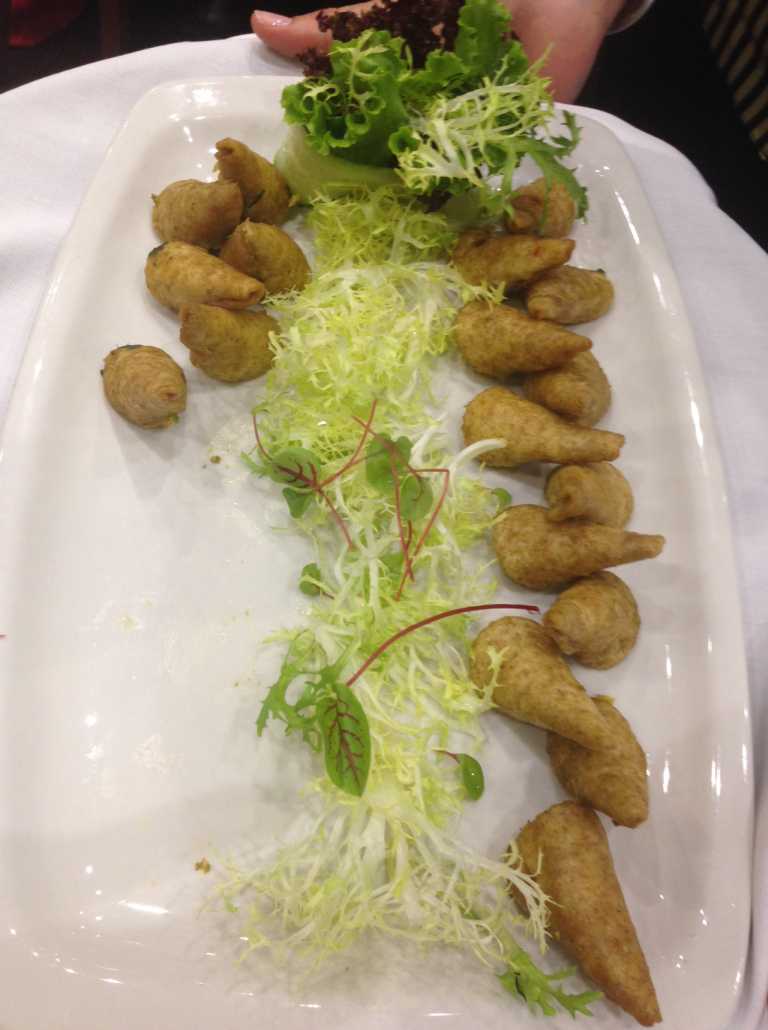 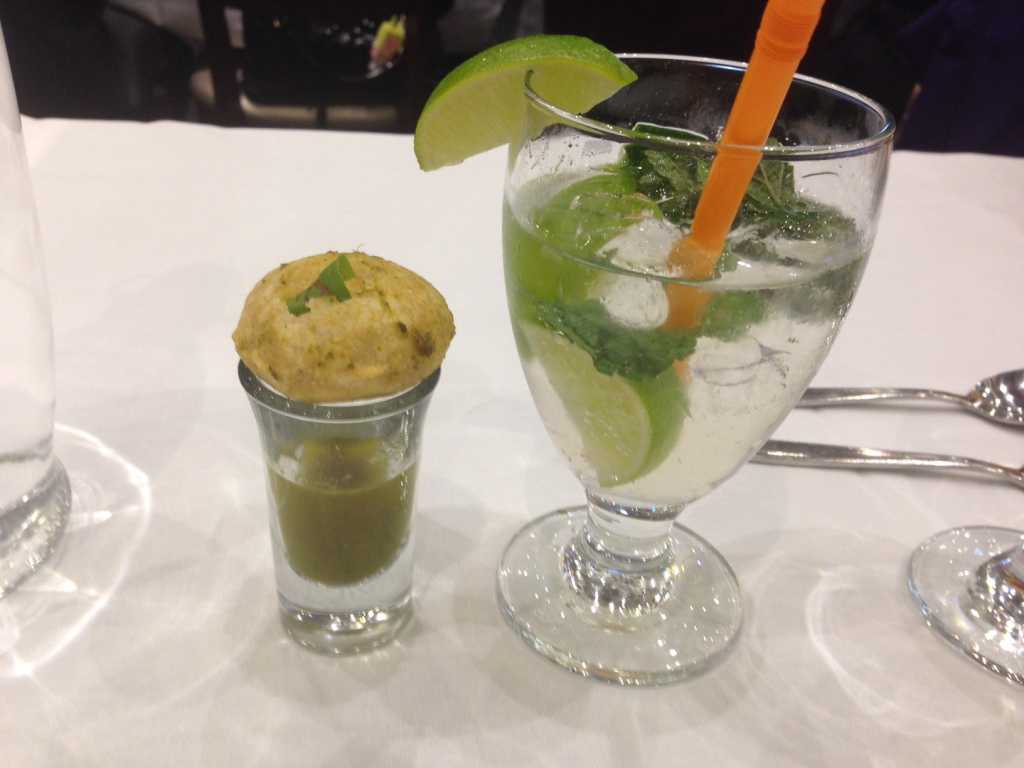 This is just a trailer, if you want to experience more of such appetizing and mouth-watering delicacies, Sanjeev Kapoors Khazana in Brampton is worth a visit. 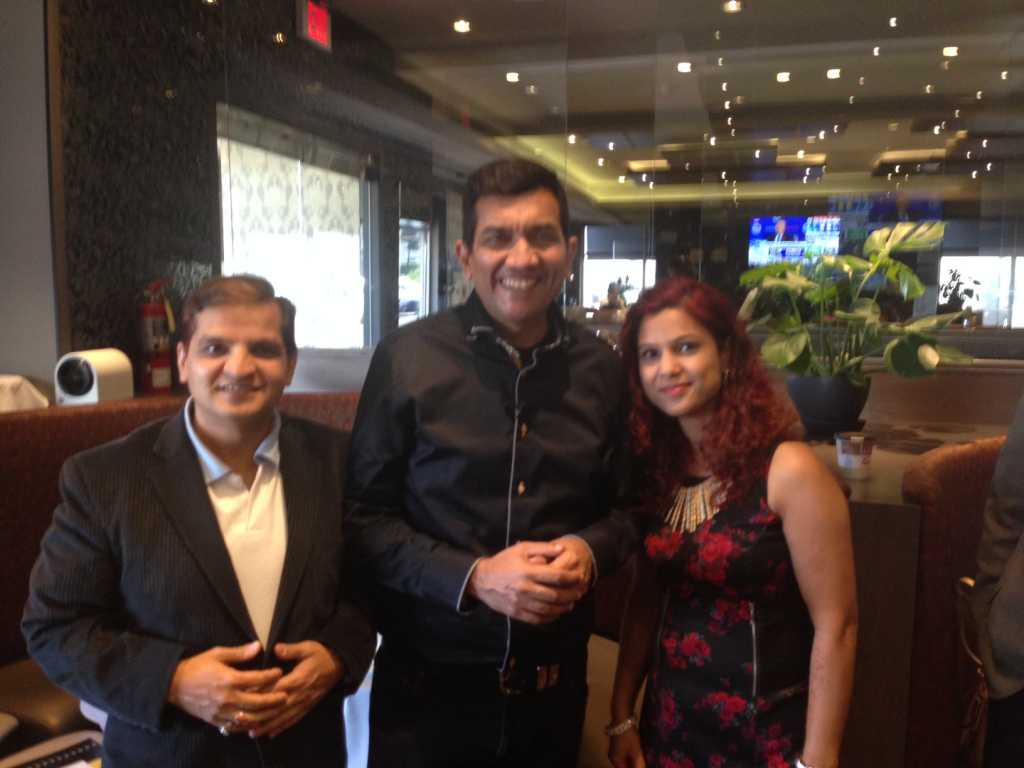 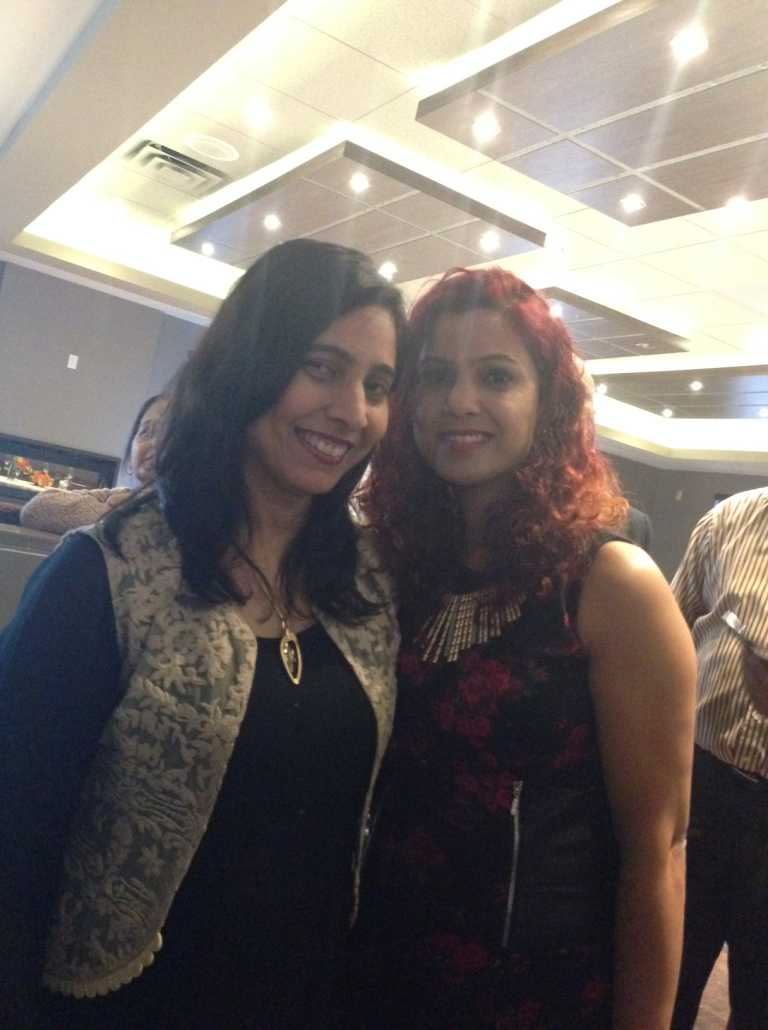 Sanjeev Kapoor restaurants are all about delivering scrumptious Indian cuisine in nominal value.

Reblogged this on Hotel/Hospitality Reviews and News.