What happens when you trust a stranger?

With all the hatred, disbelief, and crimes going around the society and the world, it’s next to impossible to trust somebody, especially a mere stranger.

With all the hatred, disbelief, and crimes going around society and the world, its next to impossible to trust somebody, especially a mere stranger. We often teach our children not to talk to any stranger, not to eat from anyone, etc, etc. Were scared if someone knocks at the door or if somebody asks for any help, were scared for our security, dignity, and especially for our kids. 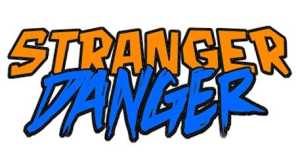 But has the world reached this level where if a genuine stranger is in real need and we wouldnt agree to help them?? I would like to share my two recent experiences last month, Im not sure how many of you would agree with me but let me know your views.
Before the long weekend of September, before the school began, an unknown woman knocked at our door at around mid-noon. She was holding a screwdriver and mentioned, she was from Canada Post and she was asking if we have any tools, she wanted to use them for the post box. I was alone with my 2 boys, hubby wasnt at home. Initially, I hesitated to open the door but then, I said, ok we have some, lets check. My 11-year-old followed me to the door and heard our conversation; he ran to the basement and got the entire toolbox for the woman. My son walked out to show her the box to ask which one she needed; she requested if he could also go with her to assist, as she needed help. My heart was sinking, one part was saying, we should help, the other was in disbelief, we didnt know her and my son wanted to help her all out. Before, we opened the door again; I peeked out of the window and made sure that she was from Canada post, her car outside was from Canada Post.
But still, as a mother, I wasnt fully convinced; my son was with a stranger and with all the tools that could do anything to my child. My 2-year-old was distracting me as well, it was his lunch time followed by a nap. I consoled him, took him in my lap, and ran to the window to see what was happening. This time, I saw the woman, my son, and another man who was trying to help them. I wasnt still satisfied; I quickly changed my clothes and held my little one to the post box to make sure whats been happening. By this time, the man had left, he couldnt help. There was another gentleman who was walking by and she requested if he could help her.
I stood there till they were all done, the problem was, and the lock of the post box had broken. The lady was kind enough to fix it for the people who were anxiously waiting for their urgent emails, as it was a long weekend so shes off and she wanted to make sure that they were ok. Though I was terrified somewhere inside all the time, in the end, I was glad that we came out to help out and everything went well. My son learned a good lesson as well.
Another incident, 2 weeks ago while we were shopping in Superstore, were at the Photo Studio when a lady approached the people there to ask if they have a computer she could use for some personal work. They said no, they dont. I told her, she could use my mobile if she wants to use the internet, I have enough data, and if it could help her. She was quite disturbed and mentioned she had to do some urgent email transfer for which she needed internet. She was constantly receiving phone calls which she didnt receive coz she was busy surfing. My personal security was at stake as she was using my phone, I shouldve said no. but couldnt. She opened the TD website and kept trying, something wasnt working and she couldnt finish what she wanted to but she thanked me gracefully to allow her to use my phone.
There was a time when we never closed our front doors, everyone around the neighborhood knew each other, there was no chance of crimes or such facts, and people were nice. But in this changing world due to some selfish people(criminals), everyone comes under that suspicious radar; its almost impossible to trust anyone now. We meet many unfamiliar faces, it doesnt feel like old times, and it can never be. There are many factors that put us at risk.
This doesnt mean humanity is abandoned and weve to be emotionless. We can stay alert and still help someone in need in that mere moment while staying alert. For example; if someone on the bus asks you that he urgently needs cash for the hospital or something, you can ask him to call his family to transfer money to you and once you receive a message with a deposit in your bank, you give him that cash in hand. If hes genuine hell agree and if not hell walk away.

Its all about experiences, if I had a bad experience I wouldve shared with you but this time my experience wasnt that bad and was positive, thats why Im sharing it to boost, trust in society.

Let me know what you think about this, I would be glad to hear what you have to say on this, your views??