Did your career evolve as your academic goals??

Do you think you become what you had studied for?? You thrive to take your favorite subjects in school and design your goals to acquire something in that direction??

Do you think you become what you had studied for?? You thrive to take your favorite subjects in school and design your goals to acquire something in that direction?? You choose a stream that can lead you to the best career, a career that earns you bread/butter/diamonds. Do you think about choosing the right stream at school works for you?? Sometimes you opt-in your own and often youre propelled by your family but does it often end up having the career you or your parents dreamed of?? 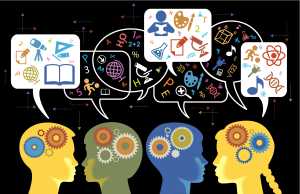 Back in the 80s, there were only 2-3 most popular professions everyone had to choose from, students would be on pins and needles to clear either Medical, Engineering or Defense services, getting admissions in one of the best colleges was their only reverie. Parents shoved their kids and forced them to study for countless hours to clear the entrance exams. I bet, it wasnt easy, it has never been.

Many of us studied in different fields and ended up having entirely different careers. I studied science all the way to graduation; it was the only subject I loved. Social studies, home science, and commerce never held any significance for me. I wanted to become a doctor and even attempted some of the Entrance Tests but in spite of home routines, coaching classes, and lots of efforts, I was just futile. It probably needed much more endeavor to accomplish than Id anticipated. I ceased it right there, instead of testing my limits anymore, I decided to move on, it wasnt the career for me.

Now, Ive no career in Science, Im doing something which Id never studied for. The only way to recapitulate it is when I demonstrate my kids in their higher grades. I dont even remember much of it now and before I even attempt to teach them, I might have to brush it up again first,I still love those Chemistry equations, plant families, and so on, will cherish it forever.

In this dynamic world, weve abundant opportunities around us; there are different sources and ways to earn money from. You dont have to reckon on a few employments contingency. Depending on your interest, you can learn and achieve anything, career opportunities are endless. Ive known many people, who earlier studied engineering or medicals and then later started their own businesses, some have turned famous photographers. Some were pushed into and some initially chose it and later changed their minds to achieve something they had a passion for and thats how they succeeded in life.

Ive seen parents forcing their children to achieve something they had wished for in their life at one point in time but couldnt succeed due to several reasons. They want to make them something that they wanted to be earlier in their lives and hold huge expectations. Id say, expecting from kids is not a problem, but expecting too much is. Let your kids choose what they want, let them choose what they love and have an interest in; see where their passion lies in and support them in all the ways you can. You never know, they might succeed and have a tremendous career and earn millions as a Video Game Player or may invent a new Video Game formula which is a hit.

As a parent, help your kids to become a good human being first, and choosing a career will come next; slowly theyll succeed in the race of life and achievements!!! Let them live their life as well and be a child!!! Dont let their childhood waste as it will never come back!!!

very well brought out peice on the rat race that we call existence. this is definitely a must read for all parents who are not privy to the endless opportunities that are available to people with different skill sets. I would recommend that this well articulated article may be further substantiated by an account on the plethora of career oppurtunities that one can chose from toda, it's pre-requisites and institute's both domestic and global which offer base courses for the same.

HI, Very nice article and I am totally agree with u .

Hi, Your article is very nice n I am totally agree with u.