Lord Ganesha is loved by everyone! Being the first God to be worshiped by Hindus this deity is often called as Ganapati, Mangal Murty, or Ekdanta, etc by His followers. Ganesha is told to be an obstacle remover; Hindus worship Him first before performing any rituals on every auspicious occasion. His idol is also placed in each and every household to be worshiped daily.

Ganesha Chaturthi marks His birthday which is celebrated with pomp and shows in India and Internationally by His devotees. People invite Ganapati to arrive in their home as a guest and stay with them for some days. Ganesha Idol is kept in the houses or communities even for 10 days. Depending on peoples choice, some people keep it for 1 and a half-day, some for 3, 5,7, and 10 days, the eleventh day, with the farewell onAnanth Chaturdashi. Lord Ganesha is believed to bring happiness as He arrives at home and takes away all sorrows and troubles when He leaves.

History: Long back during Independence, Lokmanya Tilak, one of the freedom fighters of India started the tradition of keeping Ganesha's idol at the center of a big community to celebrate Ganeshas birthday. By this, he wanted to enlighten the community spirit; people came to worship Him together every morning and evening for 10 days which spread happiness, brotherhood, and festivities among the neighbors. The Motto was only to have festive and loving engagement between the neighbors and the neighborhood.

But as years passed by people started their own traditions of keeping His statue in a community or sometimes youll even find 5 Statues in a single community, whereas earlier it happened to be 2 or 3 communities coming to celebrate together. Now, most of people even chose to keep their own Idols in their individual households.

Sthapana (Establishment):People bring Ganesh Statues in their home and decorate the temple for Him to stay for the next 10 days. Most of the households keep it for 1 and half days, some of 3,5 and 7 days. 10 days is mostly in big tents or temples, He bids farewell on the 11thday. By establishing Ganesh Idol at home, people believe Ganesha will visit their house. 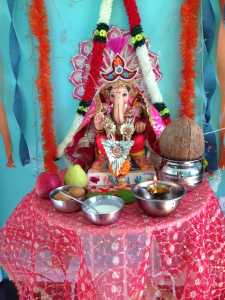 Visarjan:Visarjan/ Immersion of the idol on the 11thday brings hundreds of people on road in India. Ganapati who has stayed with you for 10 days will now have to immerse in water as He bids farewell and promises to come back again the following year. With teary eyes, its hard to bid farewell to a loving guest whos loved by everyone and its now time for Him to go.

The story behind this is:Some people believe, Ganapati accepts the invitation of His devotees to come as a guest and visit their houses and stays with them for few days but as Ananth Chaturdashi approaches, He will have to go and see His mother Parvati (Goddess Parvati), thats why we immerse him in the water, (ocean/river/ponds).

While some people believe that;Ganapatis Idol which is built of clay resembles our body which is also made out of clay. His stay with us resembles our presence on earth for some time and then His immersion in the water tells that one day with our clay bodies, we will all be immersed in water. It actually reveals the life cycle of us as humans.

This Festival has changed and commercialized a lot since Independence. Now the statues are being built by Plaster of Paris (POP) and chemical paints to decorate the idol.

Well in advance, months ago before the festival begins, you can find the statues selling everywhere at Skyrocket prices. Instead of the gesture, its become a status symbol, and the richer you are, the bigger the statue and so on.

Well, sometimes its hard to resist, and choosing one of those statues puts you in dilemma, they all look so good. Some people even pre-order it in advance so they get their favorite idols. Well, choosing the best idol and placing it in your home is not a problem, the problem arises when people try and immerse those heavy-duty idols in the ocean/river/lakes/ponds. These POP statues are hazardous to the environment and kill millions of marine animals due to their high chemical residues.

Being a follower, sometimes we just close our eyes and blindly follow what everyone else does, without thinking about the side effects.

See, where weve reached, from the clay idols made at home to commercialized POPs. Its heartbreaking to see those idols half broken and swinging at the beach the following morning.

The statue you worshiped yesterday is now touching someones feet, would you even care?? What kind of religion is it?? Just because everyone did it, you thought of doing the same thing? 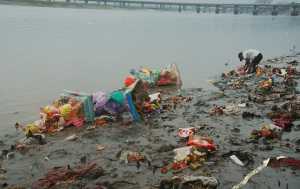 The next day at Juhu beach, India after Ganesha Visarjan

We have been celebrating the Ganesha festival for the last 7 years. When we started, we bought a new Idol every year, worshipped and immersed it in the water as followed by the rest. There was a time when we bought a statue which had a wooden base and at the time of Visarjan, it felt so bad to see only wood on top and our beloved Ganapati hanging upside down. It was the same Ganapati we worshiped twice daily for 10 days.

Wait, we still didnt learn and carried on with the same tradition for another 2-3 years. And once when we bought a beautiful large Ganesha Statue and worshiped him for 10 days. After that, it didnt feel like immersing Him in the water as we did before, we didnt let Him go and kept it.

Since then, here in Toronto, every year instead of buying a new statue, we establish beetle nut (Supari) as Ganapati with all mantras and then worship it along with our old Ganapati statue, and on the 11thday as per the ritual we immerse theBeetle Nutin a nearby pond. It still feels sad at the farewell but we now know that were not harming the environment anymore.

There are multiple links on Youtube to show you how to make your own Ganesha Idols at home with clay or even turmeric. TV has been broadcasting to keep Eco-friendly idols instead of POP. The festival is to celebrate Ganeshas birthday, to remember the almighty, and to introduce the culture to the next generations.

Jaki Rahi Bhawna Jaisi, Prabhu Murat Dekhi Tin Taisi. After all, this is all based on faith; choose to be Eco-friendly, youll definitely have some peace within you, I promise. 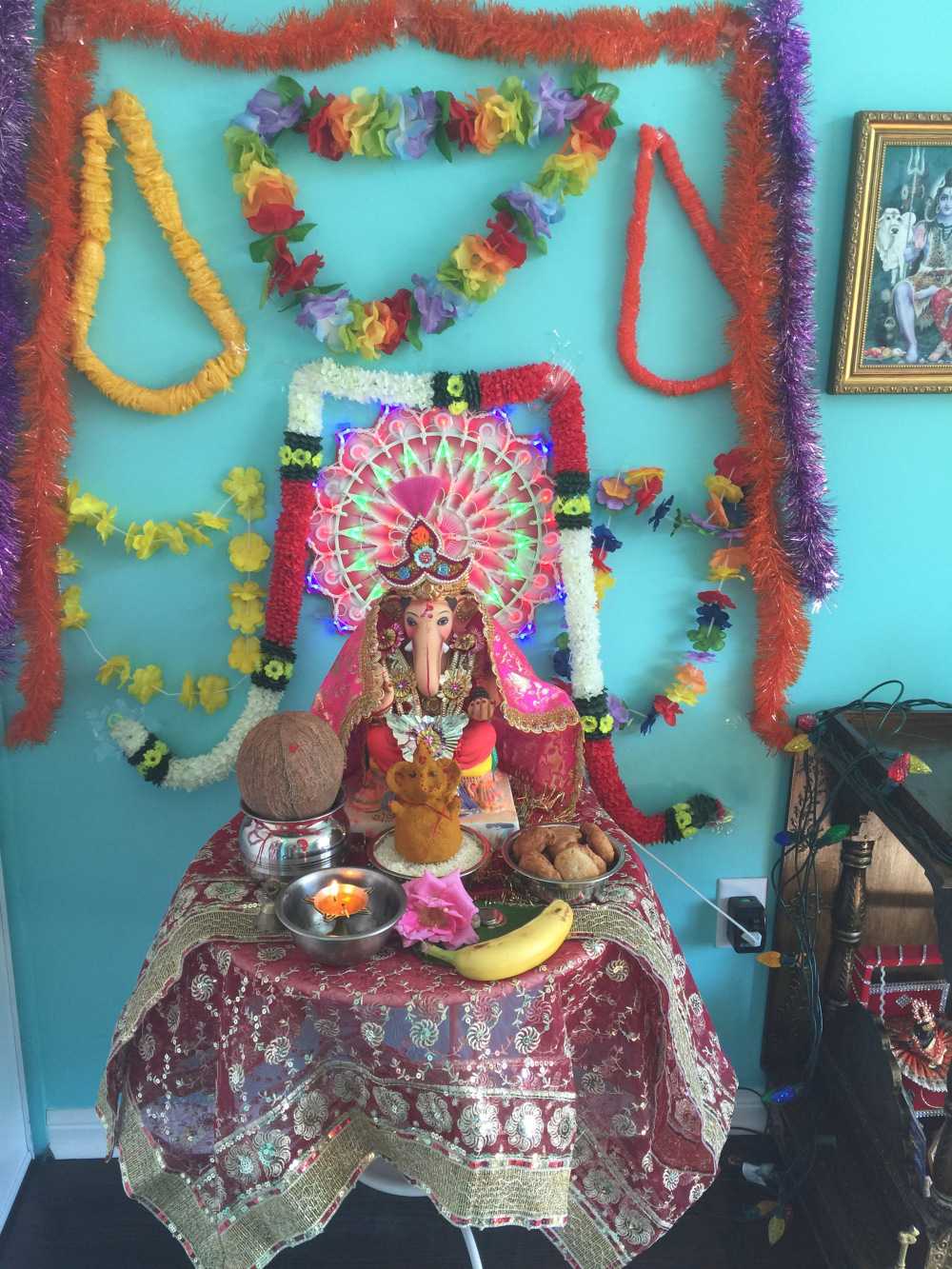 I really like what you guys tend to be up too. This kind of clever work and coverage! Keep up the wonderful works guys I've you guys to my blogroll.