Beginning of Indian Festivals with Northward Movement of the Sun

Food nourishes our bodies while festivals nurture our souls. January 13th starts the beginning of Indian festivals as we celebrate Lohri, Makarsankranti, Pongal, Bihu, Ghughuti, in various parts of the country.

India is a land of Dynasties, diverse culture, tons of gold, and more. A land where people are rooted in their heritage and relentlessly pass it on to the next generation. Having 29 states that celebrate their traditions, language, and cuisines, India is a rich country that associates with miscellaneous festivals. India is a sheer example of Unity in Diversity.

Were humans, our principal imperative is food, clothing, and shelter regardless of country and religion. Most of the cultures and traditions around the world celebrate harvesting and India is one of them. Since, Indian landscapes include snowcapped mountains, terrains, rainforests, tropical beaches, islands, and bays, harvesting differs in every region. Agriculture remains the most important part and people celebrate when they sow and harvest.

Makara Sankranti or Maghi or essentially Sankranti is a celebration day in the Hindu schedule, devoted to the god Surya (sun). It is noticed every year in the lunar month of Magha which compares with the long stretch of January according to the Gregorian schedule and is a day the individuals of India and Nepal praise their reap. Magh Bihu, Bhogali Bihu, or Maghar Domahi is a gather celebration celebrated in Assam and imprints the finish of the reaping season in the area, mostly rice. Pongal is a four-day-long reap celebration celebrated in Tamil Nadu, which falls in the period of Thai (that is, the January-February season) when yields like rice, sugarcane, turmeric, and so forth are collected. Lohri is commended to check the finish of pinnacle winter, this celebration is generally connected with the collection of the rabi crops (wheat, gram, peas, grain, and so on) The word Lohri is gotten from two words until (sesame) and gud(jaggery), which are customarily eaten during the celebration.

Lohri is the start of celebrations in India following a dull and frigid month of December. On Lohri, individuals spruce up, light a huge fire, sing, and dance to conventional tunes. I recall my neighbor doing likewise in the city back home, the standard singing supplanted by amplifiers and conveyance of peanuts and sweet treats thereafter. Generally, Punjabi society melodies are sung by ladies around the huge fire on the event, and the first Lohri after the wedding or after having an infant is praised with full swings. Children go door to door to ask for treats and money. Boys sing different songs and girls attempt different tunes.

In my culture, we celebrate the Ghughuti festival on January 14, wheat flour is kneaded with a mixture of jaggery, water, and oil. The dough is later rolled into making various shapes, diamonds, circles, and something like fingers that we call Ghughute. These wheat flour jaggery filled shapes are later deep fried and needled in the thread to create an edible necklace for children. This necklace also includes some seasonal fruits and treats such as peanuts, popcorns, and oranges. You dont realize when this turns into a fight about whose necklace is bigger and better. Children are not allowed to bounce into chewing them yet. The necklaces are kept in the temple along with the rest of the offerings for God. One part of the treats are kept for crows. The next morning, children wake up early and rush to the fields to look for crows. They call crows by singing out loud and offer them the treats before they get to munch on them. The callout goes as,

Kale Kauwa refers to black crows, children are offering them the necklaces and treats and asking them to bless them with a better future! Once the crows collect to eat the savories, the children then enjoy the delicious treats for which they waited for an entire year. Great lesson for children to put others first before themselves. There are so many stories associated with this festival. Many fairs are organized on this auspicious occasion.

Unlike Canada, India doesn't have central heating in the houses and workplaces. Winter in Northern India demands seasonal fruits and vegetables, like jaggery, sesame seeds, peanuts, citrus fruits, Clarified butter (ghee), and lots of green leafy vegetables. These foods keep the body warm to fight the harsh breeze of winters. Science proves, the digestion gets better in the winter months than in summer and rainy months. 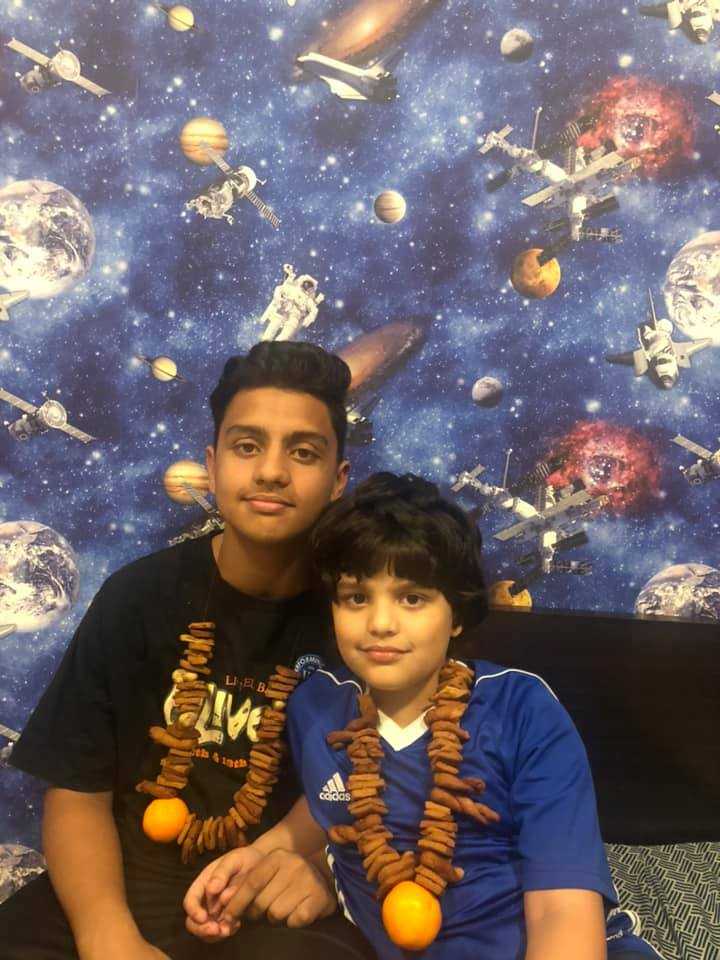 I once visited the territory of Gujarat during winter and the celebration of Makar Sankranti is praised uniquely in contrast to our own. They call it Uttaraini, Uttarayan is the development of the Sun, demonstrating a semantic of the toward the north development of the Earth on the heavenly circle. Kite celebration is commended broadly in the state, vibrant kites of different shapes and sizes assume control over the skies of Gujarat on Uttarayan. While I was there, I saw the greater part of the bicycles having metal spikes appended before the handle which was coming to nearly around their heads. To which my sibling replied, there were numerous cases in the city where the string attached to the kites got to the bikers and caused numerous mishaps. Metal spike functions as a safety shield and stops the strings before it contacts the skin. It would simply resemble we change winter tires to cease ourselves from having a pallet on cold streets. Individuals assemble during the day and getting a charge out of flying kites with loved ones on the rooftops and porches.

While I am completing this article, I am dressed up for a virtual Lohri gathering to esteem the social exercises in Canada. I'll be planning Ghughute and Khajure tomorrow, my boys are restlessly waiting for it. Happy Makarsankranti, Bihu, Pongal, Makarsankranti, Ghughutiya, Lohri whatever is that youre celebrating at home! May all the negativity, anxiety, sadness, around us burn in the fire of Lohri and you all be blessed with love, peace, happiness, and health! 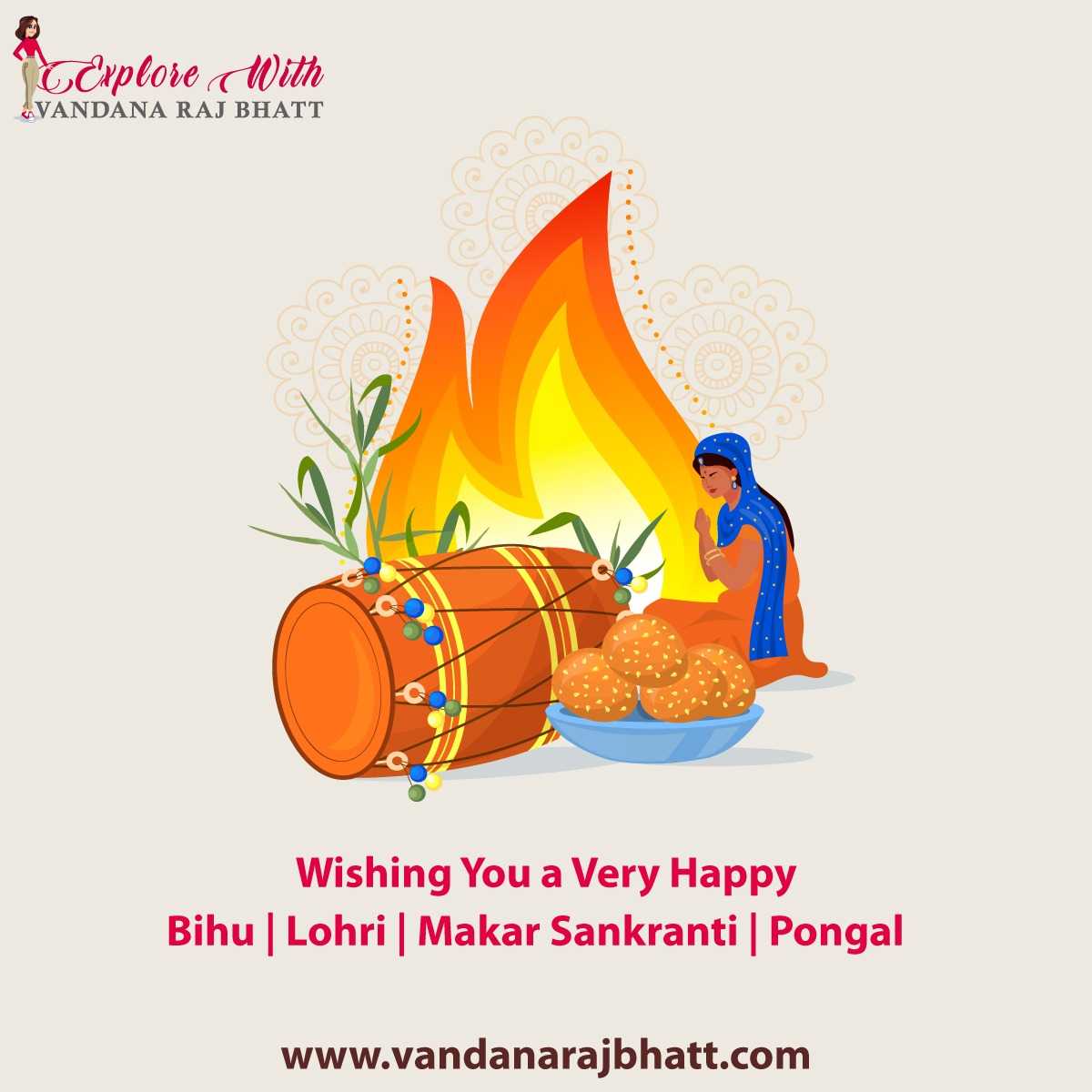