Paradise Lost in the Woods

Paradise Lost a destination away from home in Mombasa was once a retreat to travelers, sad that it's closed to the public now. I think I am growing as a storyteller now. My little one really loves to listen to my stories, it has become our favorite weekend morning routine as he is an early riser and he wakes me up too.

I think I am growing as a storyteller now. My little one really loves to listen to my stories, it has become our favorite weekend morning routine as he is an early riser and he wakes me up too. So we sit down and chat while sipping tea and a bowl of chocos. We talk about many things, his school, my work, mythology, science, and the real-life stories of the past. Its our anniversary today and I told him about our first wedding anniversary celebration we had at the PARADISE LOST in Kenya and it took me down in the memory lane. I can still visualize everything we had experienced.

On our first wedding anniversary, hubby booked a tropical location. The place was a perfect romantic getaway or honeymoon destination. The place was on the coast, surrounded by trees. There was a huge villa with a private pool and rooftop jacuzzi. A damaged mosque between the trees, a restaurant and nothing else. As we entered, I was really excited to see nature, it looked beautiful. We checked in and were escorted to the villa. It had 2 or more bedrooms, looked perfect for a group of friends or a large family. We were only 2 so we occupied a bedroom, kept our luggage. In the middle, there was a large living room with historical pictures of some person or painting. I am one of those scaredy cats and it started building in my mind. That portrait reminded me of a horror show which had a similar setup. Well, we both were excited so thought of jumping in the private pool and stayed there for a while. It was fun, later someone from the hotel approached asking for lunch.

There was a sundowner planned later in the day, a group of people joined us in a boat. There was a live singer on our boat and the champagne bottle was poured in glasses. We tried some champagne that day, although we both are non-alcoholic. We visited the majestic sunset somewhere in the middle of the Indian Ocean and went back. The rest of the group proceeded for dinner and we were told, there were some special arrangements done for us. We changed and approached the rooftop as guided by them. There was a marvelous table setup done just or us two. A private dinner with live musicians, what else do you want on a special day? But for me, the scaredy-cat was too afraid to enjoy the celebrations, I was more worried about the peeking trees surrounding us! The dinner was made on our request, totally my kind of menu. We finished and the musicians left. Hubby was still excited, he didnt know what was going on my mind! He asked me if I wanted to try the rooftop jacuzzi, of course, I said yes. It was a different experience but then again the dark was bothering me a lot. I told him, I cannot stay anymore and we went down.

We were very tired of the adventures of the day so retired in the bed a bit early. Somewhere around midnight, we woke up coz of heat. You know in Kenya, there are many mosquitoes, so we always slept with the mosquito net on top of our bed and it makes it hot coz of the air circulation. My hubby got up, we were still the new weds, just one year of marriage so he still didnt know my fears. It was completely dark in the room, thanks to the old Nokia that we had, the flashlight was on and he got outside to check whats wrong with the electricity and me holding his arm just behind him. Remembering, my fear of the old portrait and ghosts peeking in my mind. He shouted, Askari (the security guard in KiSwahili), what happened? Why there is no power? We are too hot! For which, he answered, Sir, we normally close the generator around midnight to save on the fuel. Since there were no other rooms, they had been doing it and maybe people didnt complain? He switched on the generator for us and we went back to the room. I was lost, didnt know what to do, I was up in the middle of the night and now getting back to sleep was impossible. Hubby wanted to sleep so he turned around, trying to sleep and it was like only me with closed eyes, chanting Gods name again and again so that He could help me sleep. Thankfully, I had fallen asleep after some time, but it took quite long.

The next morning, hubby was quite upset that I had ruined all his efforts. I tried to patch up while we enjoyed the sumptuous breakfast in natures paradise. Then we went to explore the area in sunlight, there were treehouses inside, a historical looking mosque, few animals and cute looking African parrot. We were supposed to be leaving after breakfast but after seeing those tree-houses we asked them that if we could get late checkout and move to the tree-house instead of the villa. They absolutely granted our wish and gave us a fabulous looking tree-house, so serene! I was so happy to see the woods and greenery around, the treehouse had nice beds and washroom inside. After spending a few hours outside, we came to rest inside. We took so many pictures and really enjoyed the surroundings. I was thinking, I could have enjoyed more if I wasnt scared the day earlier, somehow my fears won over me. But in the end, we made sure we left with unforgettable memories for life, this was 16 years ago and I remember each and everything that happened there and wish we could return there again with my boys.

I would highly recommend Paradise Lost in Mombasa, Kenya. If you are there in the area, pls book it through your travel agent and you wouldnt regret it. Its an experience of a lifetime. I have no digital pictures to share but as I am writing I remember the pictures taken there. I will share some from their website or through Google to give you a glimpse of it. Oops, I have been surfing the net to find the pictures but there is no website for them and one website says, it has been closed. Back then, the Internet was not so popular, if it was I am sure they would have grown by now, such a fabulous place. I will leave you one of the pictures I found on the web which looks similar. 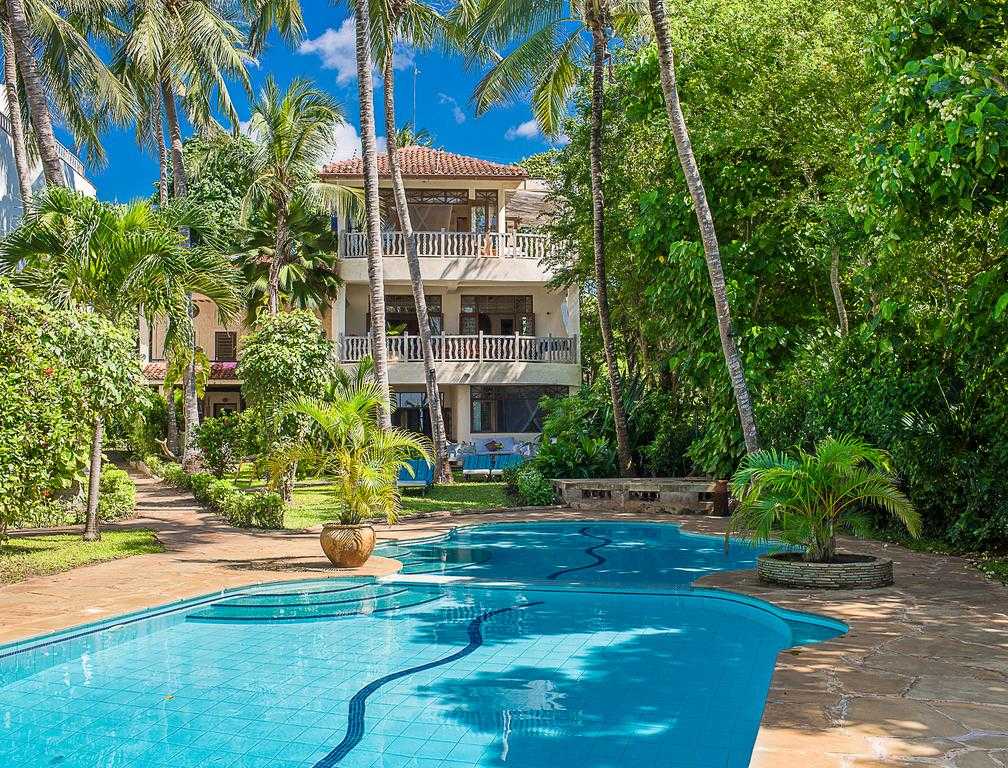 Before I end I would like to wish a very Happy 17 years Anniversary to my darling hubby, I am very proud of you in everything you do and I will be there behind you, supporting and challenging you professionally throughout my life,I love you a lot.