Let’s take a pledge to eliminate plastic from the hospitality industry!

There are enormous numbers of hotels, resorts, restaurants, clubs, airlines and cruise ships in the world. The number likely is anyone’s guess and much of it hinges around your definition of a “hotel.” STR Global estimates that there are 187,000 hotels, offering 17.5 million guest rooms, around the globe in 2012.

There are enormous numbers of hotels, resorts, restaurants, clubs, airlines and cruise ships in the world. Thenumberlikely is anyones guess and much of it hinges around your definition of a hotel. STRGlobalestimates that there are 187,000hotels, offering 17.5 million guest rooms, around theglobe in 2012. This study was done 7 years ago before Social media influenced the hospitality industry. The numbers of travelers have gained significant growth since then.

The above was just an example of hotels and hotel rooms and there is no solid answer to the FB industry. The hospitality industry is the largest user of plastics in the world, if everyone in the hospitality industry could take a pledge about eliminating the plastic and replace them with leaf disposables, we can fight the climate change and make a huge massive difference in the society. In the time of CSR, if the hotels pledged to invest into the green disposables, there would be more trees planted around the world to cope up with the need of the growing industry and millions of new jobs will be created. 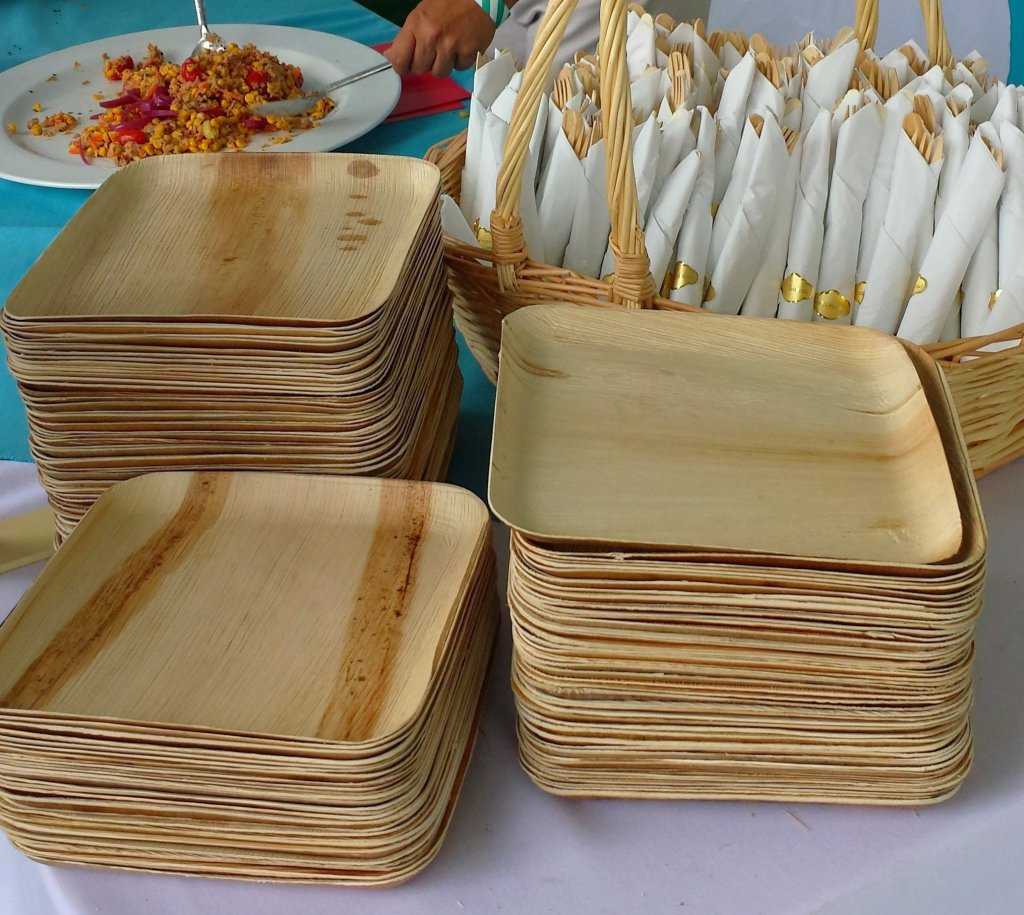 For example, Mc Donalds is the largest buyer in the world. They tie with the farmers around the world for good quality potatoes. Similarly, the leaf disposables are being produced in many countries and could be supplied to the industry replacing the thermocol and plastics. This will certainly be a huge loss for the plastic industry but a phenomenal gain for farmers. We have seen the transformation in commercial industries in the last two decades, some industries closed, and some new ones developed. No matter how convenient it might look, maybe its time to bid goodbye to plastic and invent something eco-friendly.

The disposal of leaf disposables is easier and environment-friendly which turns it into compost that can be reused to grow more plants and trees. We all know that all the plastic used by humans end up in the oceans. There are several videos shared on social media describing the pollution in our oceans due to plastics which is the biggest threat to marine animals. The recent news about the Amazon fire (the lungs of Earth) created chaos worldwide and environmentalists are seeing the Earth dying sooner than we had thought.

Hotel Chains like Marriott and IHG have already declared eliminating single used plastics and toiletries in their hotels. Some countries have completely banned plastics bags and single-use plastics already and more are joining. Hospitality industry professionals are getting educated and using eco-friendly products and are even educating their guests.

I would request hospitality professions from each and every country, city and hotel to participate in eliminating plastic and replacing it with green disposables. Lets all proceed towards a better future for the next generation and provide them greener spaces like we have right now! Its our planet and we can all do it a bit to save it, until its too late!

Thank you so much!