Day 8- Almunecar and Malaga in Spain

We were the happiest in Alicante, it was great fun. We left Alicante in the morning around 11am, we were now heading more towards Southern Spain. The mountains were totally naked, we saw a lot of greenhouse farming on both the sides of the highways. It’s very hot in the summer in Southern Spain hence farming inside the tents. It was white tents all around us on the highway.

We were the happiest in Alicante, it was great fun. We left Alicante in the morning around 11 am, we were now heading more towards Southern Spain. The mountains were totally naked, we saw a lot of greenhouse farming on both sides of the highways. Its very hot in the summer in Southern Spain hence farming inside the tents. It was white tents all around us on the highway.

Alicante to Malaga is 472 km which is a 5-hour drive. As we drove, the kids immediately slept. We felt hungry after a few hours on road, we saw a coastal town on the GPS and I begged my husband to drive there. We could break in for lunch, Im glad we took that detour, it was a gem we found in Spain. We would have surely booked a stay there if we had known about Almunecar. A majestic coastal town with a grotto, blue waters, and a very clean beach made it a superb location. I felt like people knew about it, thats why the parking on the roads was all full. We found a good parking spot and walked around the seashore for a bit and sat down for lunch. Most of the beach restaurants were a seafood restaurant. Since I am a vegetarian we found a nice cafe. We had lunch and left the city. I would highly recommend this place. 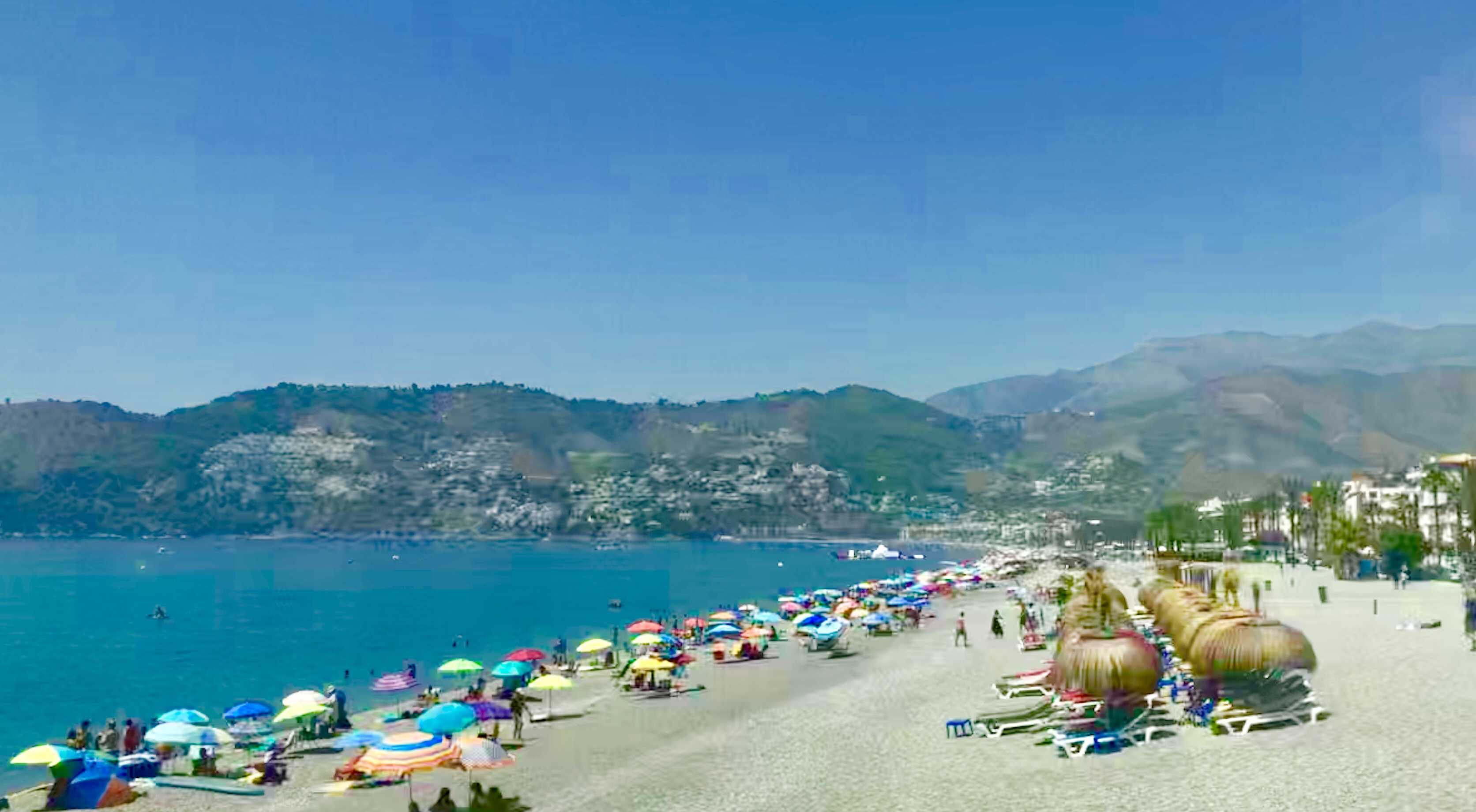 Malaga was not very far from Almunecar, we reached Malaga and found public parking which was free for the weekend! It was a Saturday, then we walked to our apartment. Malaga town center was filled with people. After dropping the luggage, we left to explore the city on feet. Beach was around 30 minutes walk so we skipped the idea of getting in the waters.

There was a boat race happening at the waterfront, we stopped to get a glance. Meanwhile, we also found about the boat tour that was offering a sunset cruise with Flamenco dance, a traditional Spanish Dance. We had not seen Flamenco yet and we definitely wanted to watch it. The boat allowed to bring food from outside. It was still 2 hours so we walked to the beach and while coming back grabbed some food and drinks. The boat looked good, it was a great show that we experienced Flamenco and sunset together. 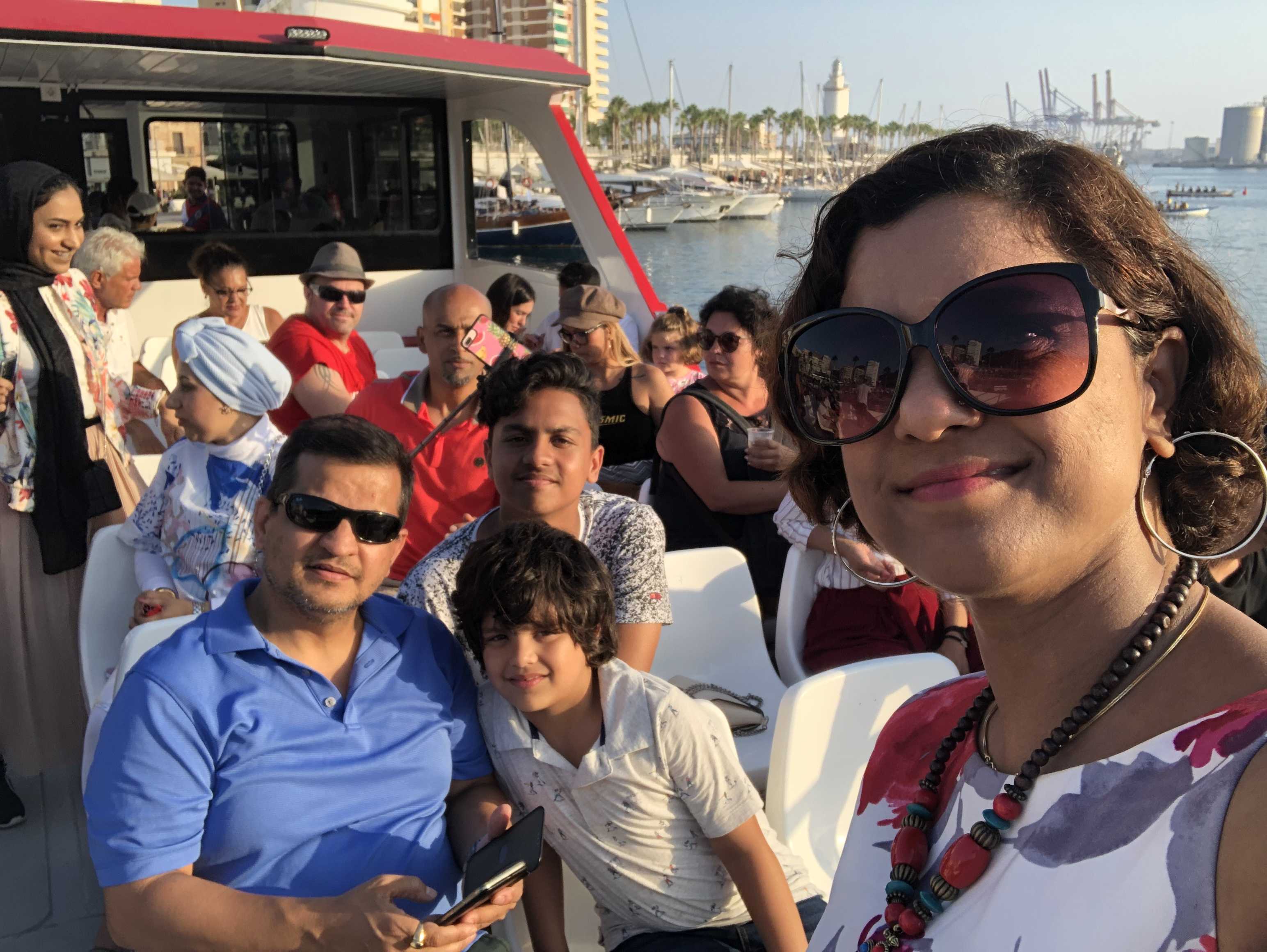 After finishing the tour, the kids were tired, we dropped them to the room. We still had to explore the nightlife of Malaga which I found somewhat like New York City, it was everyone gathered in the narrow streets of Malaga. So many people out in the middle of the night, we were stunned. We walked around and saw some other places and then sat around the Art Museum. People were drinking until late at midnight. Places to visit in Malaga:-

Pablo Picasso was born in Malaga so if you really like to see his creations, do visit the museum. We returned after midnight, it was great fun to explore Malaga, night concerts, music, clubs, bars everything was open. Definitely recommended, I would go back to visit Malaga again.