We were on the roads in Spain for the last 7 days, after making so many memories in Valencia we left for Alicante on Day-7. The distance from Valencia to Alicante was only 165 km compared to the earlier distances, this was the shortest yet. We left Valencia around 11 am and hit the roads.

We were on the roads in Spain for the last 7 days, after making so many memories in Valencia we left for Alicante on Day-7. The distance from Valencia to Alicante was only 165 km compared to the earlier distances, this was the shortest yet. We left Valencia around 11 am and hit the roads. We were heading more towards Southern Spain, the temperatures were hot. The landscape was again mountains only, we were driving up and down in a rollercoaster. Spain has wonderful roads and is very well maintained.

Finally, our GPS showed away without a toll, A-7 from Valencia to Alicante, 165 km drive through the mountains, uphill and downhill. The toll in Spain is pretty expensive,

We reached Alicante around 1am only but took time to find the apartment. We were given instructions about the parking lot and the apartment but GPS doesnt seem to work in the center of the town. So, I decided to get down and ask people in the shop. They didnt speak English but guided me through signs, I found the parking while hubby was driving round and round to look for me. They finally found it too and parked the car, again the parking space was too small. We reached the apartment, checked in, another 1 bedroom apartment with a kitchenette and other facilities. They even had a small balcony that opened in the street.

We had promised our little one to take him to the beach in Alicante, hubby decided to stay in the room to work while I left with the kids around 4 pm. It was so hot, not like Dubai but almost. The beach was around 20 minutes walk and was so crowded. Spain allows people to go nude on public beaches and hence we found some topless females as well. I felt a bit awkward in front of the kids but they just jumped in the water and had fun. I also went in for a while, then we made some sandcastles, it was fun. 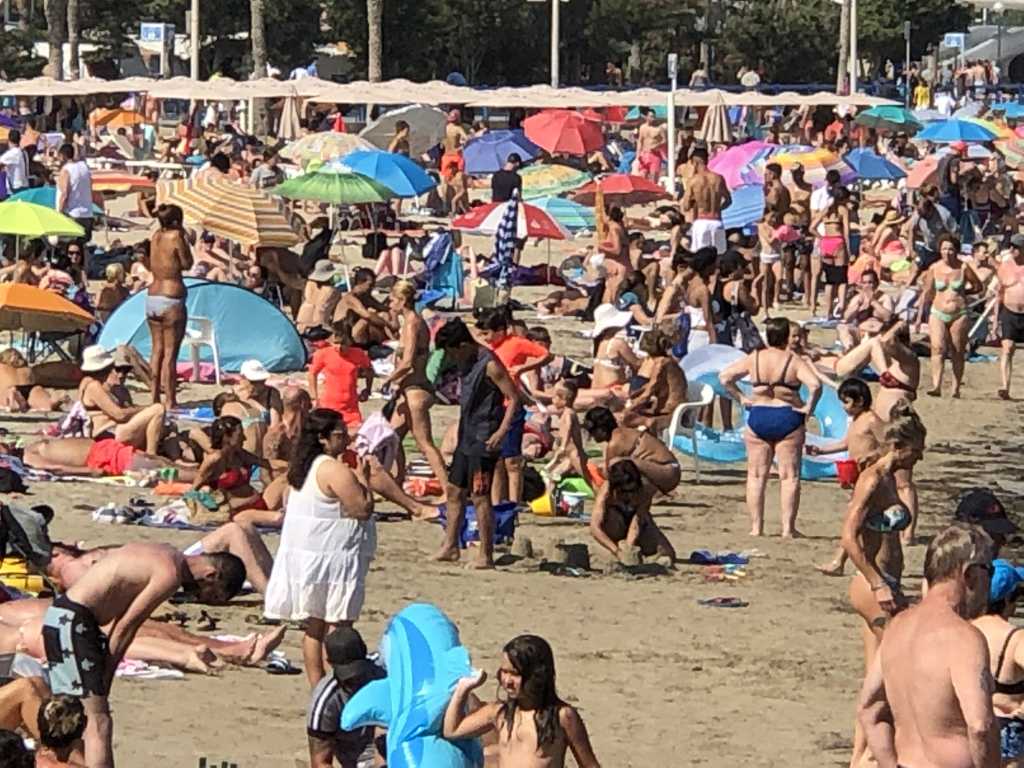 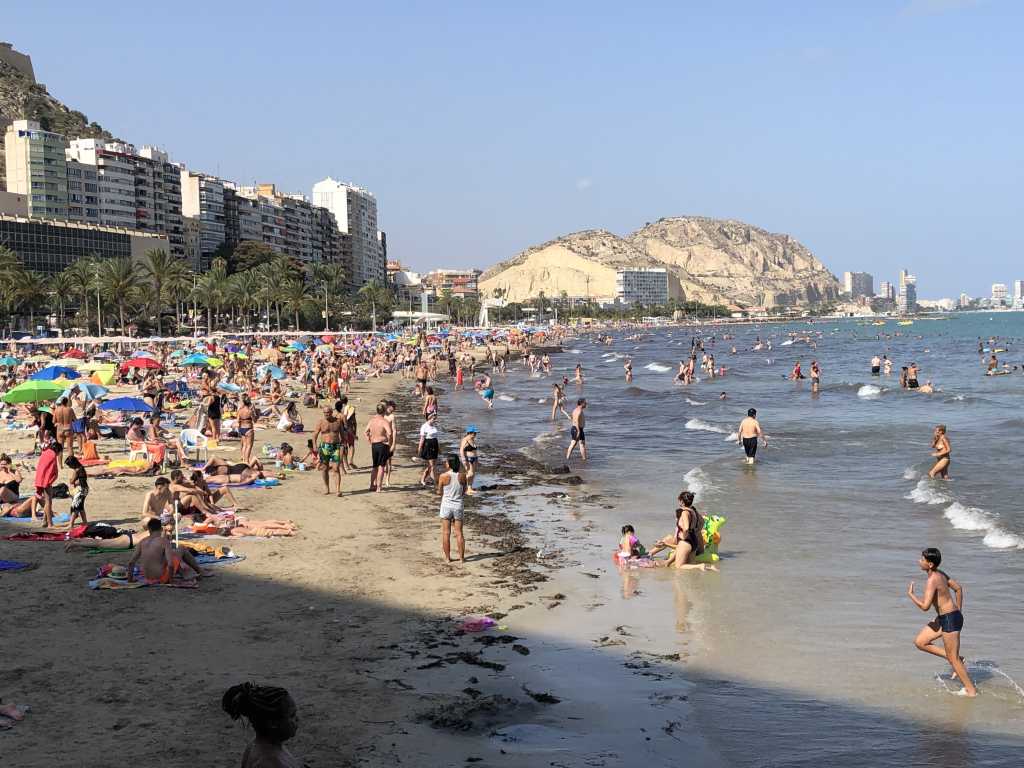 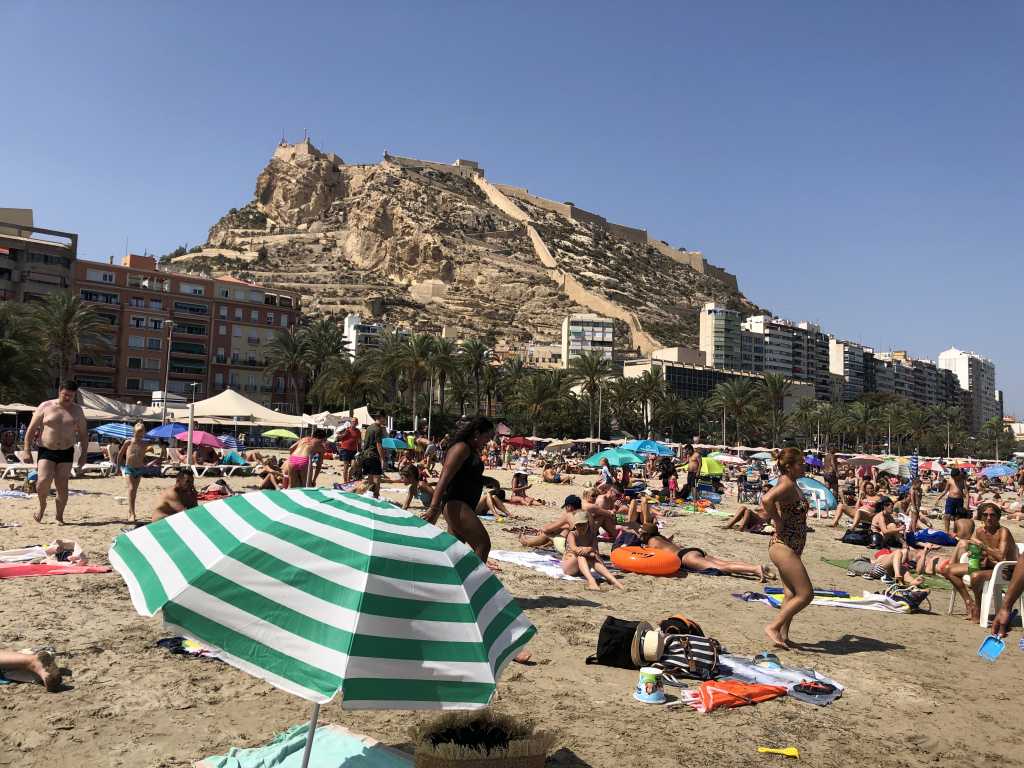 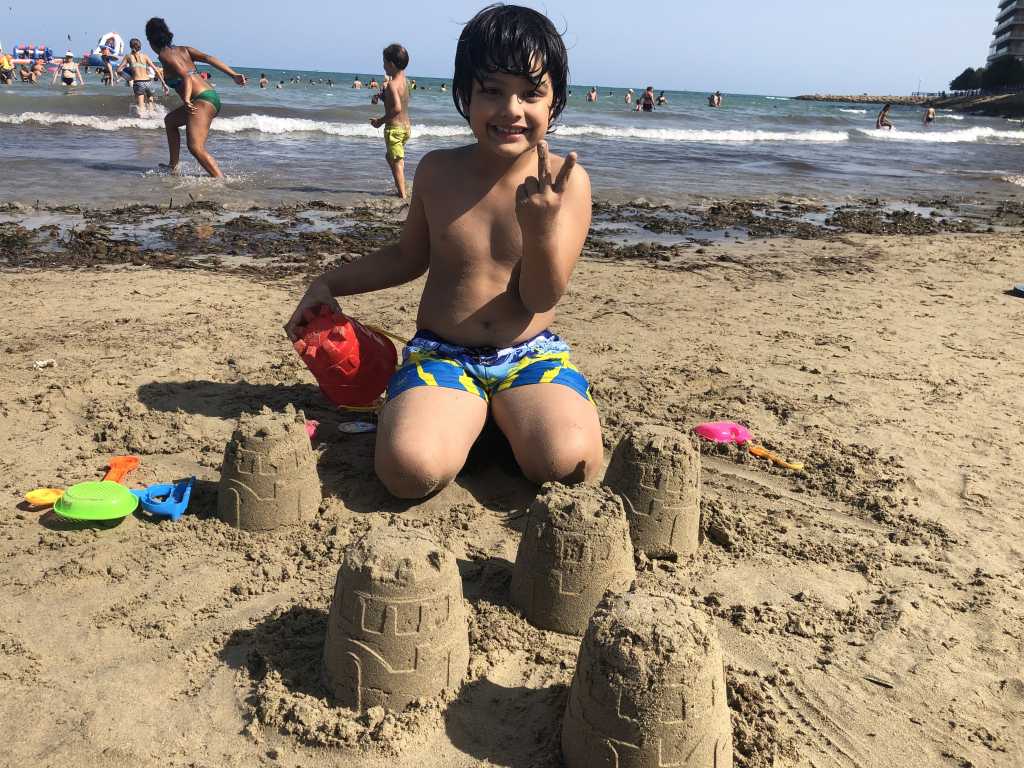 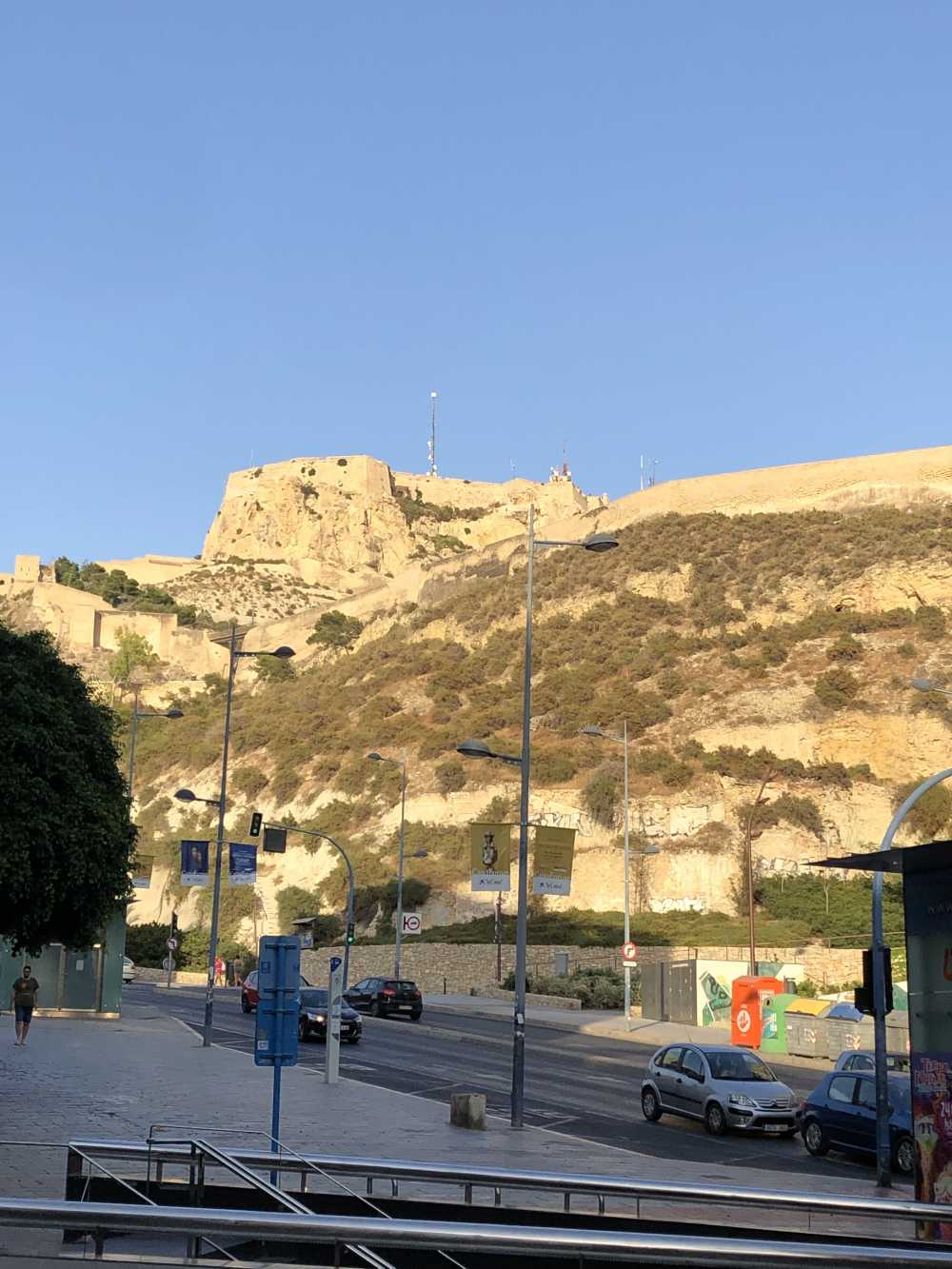 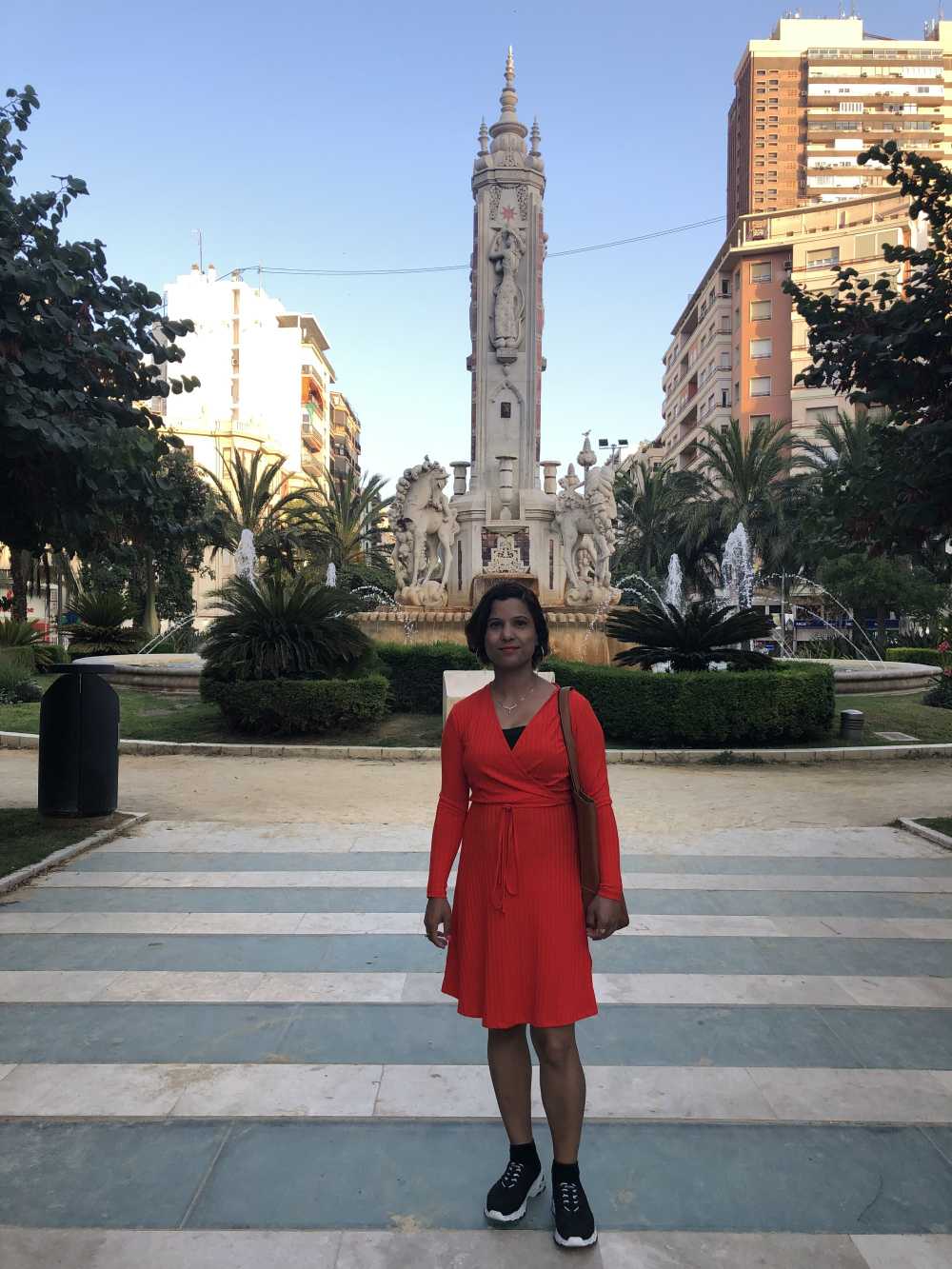 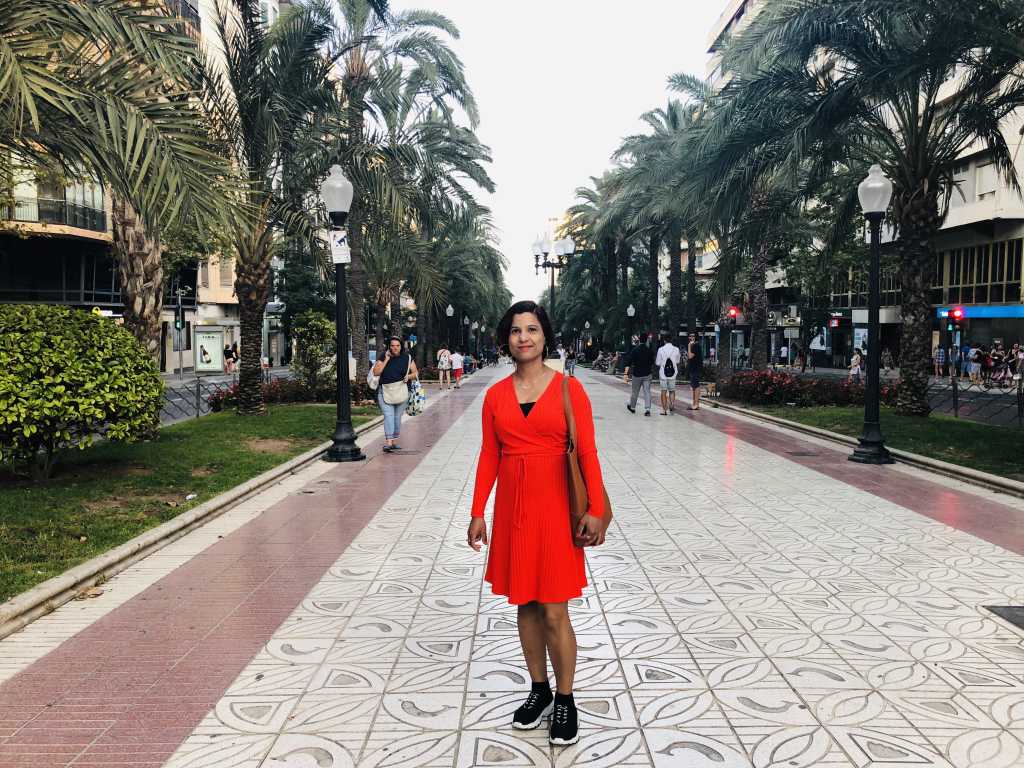 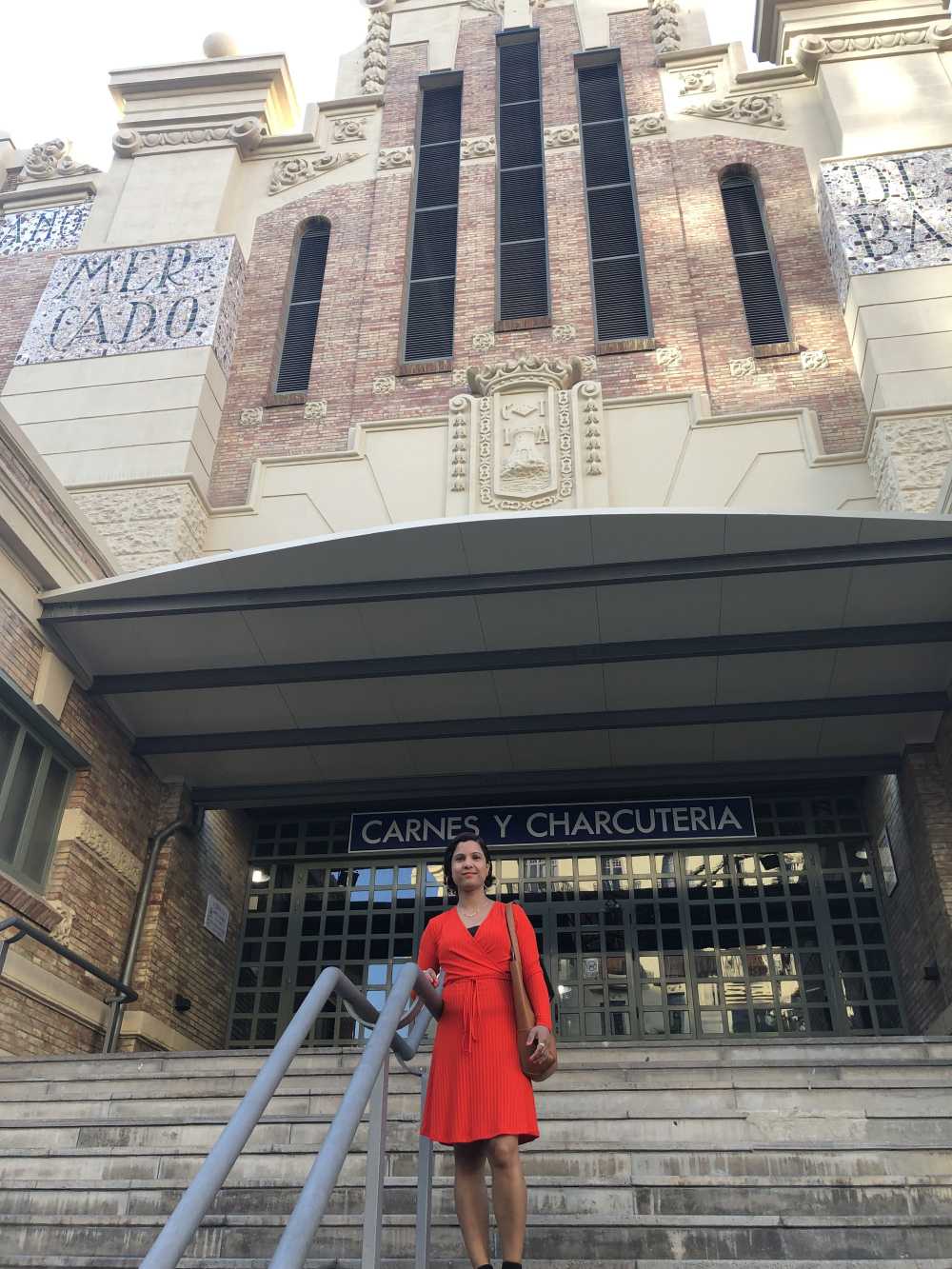 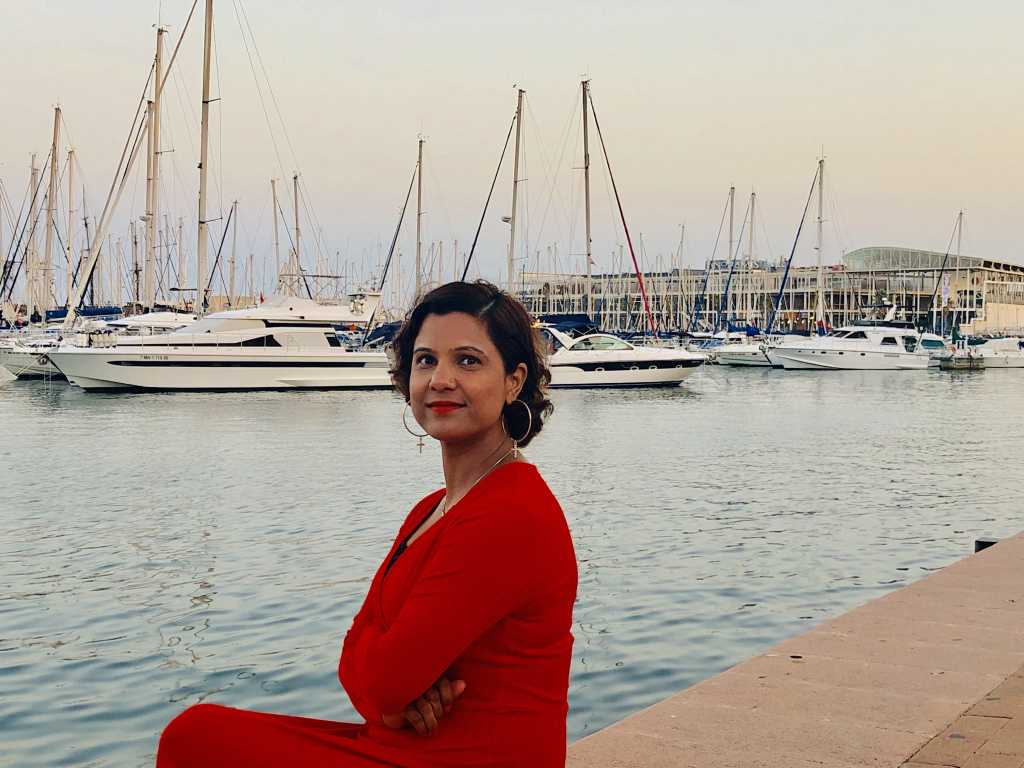 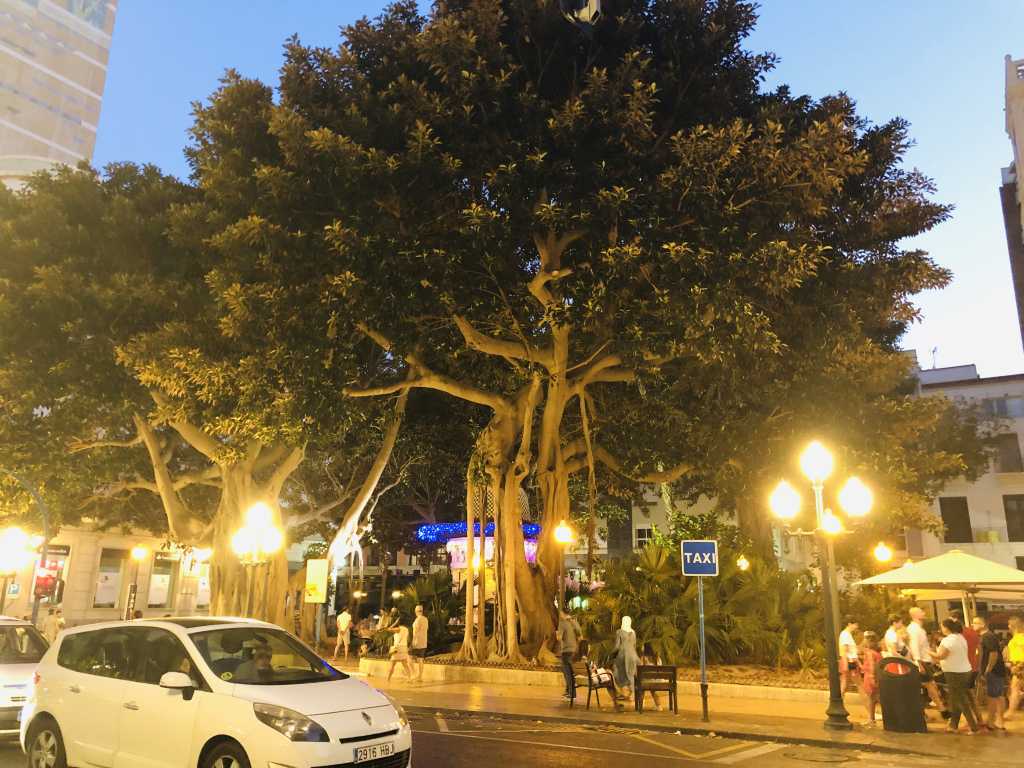 Alicante is a small town with an old heritage, there was a huge castle, Santa Barbara very close to the apartment, if you climb up you can take the glimpse of Mediterranean Sea but too much to hike so we didnt go. All the major point of interests were on walking distance from the apartment. After the beach, we fed the kids on the way and dressed up to explore the city. There was summer sale going on in every city of Spain, they call it Rebajas, of course, every female loves SALE, isnt it.

Alicante was quite lively even at night, people were walking around. The main attraction was on the waterfront, plenty of people walking and enjoying drinks and food. We also ate something on the way and came back around late at night. The next day drive was Malaga, we were very excited to visit there. Some places to visit in Alicante:

In this road trip in Spain, we drove during the day, booked our apartment in the middle of the town centr, left the car there and explored the city on feet. Alicante is over, will be back with more stories soon!