Never knew there were tricks, people keep spoons under their pillows pretending shovels, wearing pajamas inside out. One of my friends did it and her tricks actually worked but only once not the second time.

Theres big storm coming our way, we received a call from school this morning mentioning all the schools are closed today. Who will not want a day off in the middle of the week?? But snow storm in April, is it ever possible in Toronto?? One of my friends mentioned recently about having a big storm on April 1st some years ago which forced all schools to shut down. Does this mean we have a possibility, really??? Shoveling heavy snow is no fun but at least a break from getting up early, making breakfast, dropping kids to school and all that daily routine on the school day, this middle of the week Snow day could be everyones dream. 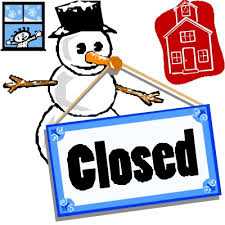 I remember during the month of February, whenever we heard the weather man forecasting heavy amount of snow, we would pray and wish each night for the next day to be aD daybut most of times our dreams were shattered. We woke up as early as 4am a lot of times just to follow up with the school boards if there are any concerns. For outside world who think we get a lot of holidays in winter, were not that lucky, the school boards decide it only in the morning after seeing the road and weather conditions to finally declare it a Snow day. In last 4 years in Canada, weve been fortunate to only get 3-4 Snow days even if it was -40s temperatures with wind chills. Wish they could decide and announce it a night before so that everyone can sleep peacefully and dream about activities to enjoy in their big day.

Never knew there were tricks, people keep spoons under their pillows pretending shovels, wearing pajamas inside out. One of my friends did it and her tricks actually worked but only once not the second time. Theres also a website which predicts Snow day, you need to put your postal code to check the chances in your area, we kept checking every 5 minutes for hours hoping it may be a big day tomorrow. The website was so slow just like a snail mail and was taking ages to show the results. Imagine you are so tired after working the whole day and now struggling with your eye balls to open just for the prediction.Can you believe our predictor actually made us happy by showing 99% chances for Snow day??? and then went down to 30% in maybe 2 hours or so, sad!!!!

Well, this was the prank played on my young boy this morning as soon as he woke up at 7am; windows were all closed for him to see the dark clouds. He was super-duper happy to hear about having no school today and playing games the entire day. What a dream come true for a passionate game lover!!!! And thats when hes not even allowed to touch any gadget during the week. Only condition here was to finish his morning routine and then he could play. Excited, he put his tablet on charge, thats what he chose to play instead of PS3 or computer today. After just 5 min he came back, with wet hair, fresh clothes and amazing glow on his face, all thrilled to start his superb D day. Now it seemed hard to explain that it was actually a prank his parents did with him this morning for April fools day. My naive boy couldnt get what was happening and broke into tears as his dream of playing games just shattered into pieces. He must have piled up different games and ideas for the day, it mustve felt like a celebration to him.

I was heartbroken; had never thought this could take a reverse effect and if he could be deeply saddened. April fool is actually to play prank on people with easy jokes which they could take lightly and which makes them laugh later on. It was never our intention to make him cry and sad. And for sure I never want to give him a wrong message,saying you can break anybodys heart just by saying Happy April fools day. I had to apologize, hugged him tight and explained him that it was International fools day today, its just for fun, to make people laugh and not sad. I hope I conveyed my message correctly and told him he could play soon as the long Easter break is coming. Well, this was how my first day of April with the lesson to myself.