All it needs is, one person to start the motion to..

Did you also think that Jabal Jais resembles Grand Canyon?

I haven’t been to Grand Canyon but I’ve been to the similar surroundings in UAE last weekend. Sometime around lunchtime, we decided to drive to Ras Al Khaimah and camp overnight at Jebel Al Jais. Jebel Al Jais is the highest peak of the UAE and is 1,934m above sea levels. Around last year, at this time I saw a documentary in Canada about the Great Grand Canyon.

I havent been to Grand Canyon but Ive been to similar surroundings in UAE last weekend. Sometime around lunchtime, we decided to drive to Ras Al Khaimah and camp overnight at Jebel Al Jais. Jebel Al Jais is the highest peak of the UAE and is 1,934m above sea levels. Around last year, at this time I saw a documentary in Canada about the Great Grand Canyon. The person was talking about how unique the Canyons are and explained how it couldve built naturally billions of years ago. He showed the facts of water going through the mountains, making its way through them, and creating the irremovable marks on them which are still present for the world to experience. One can literally feel the traces of water in those mountains. 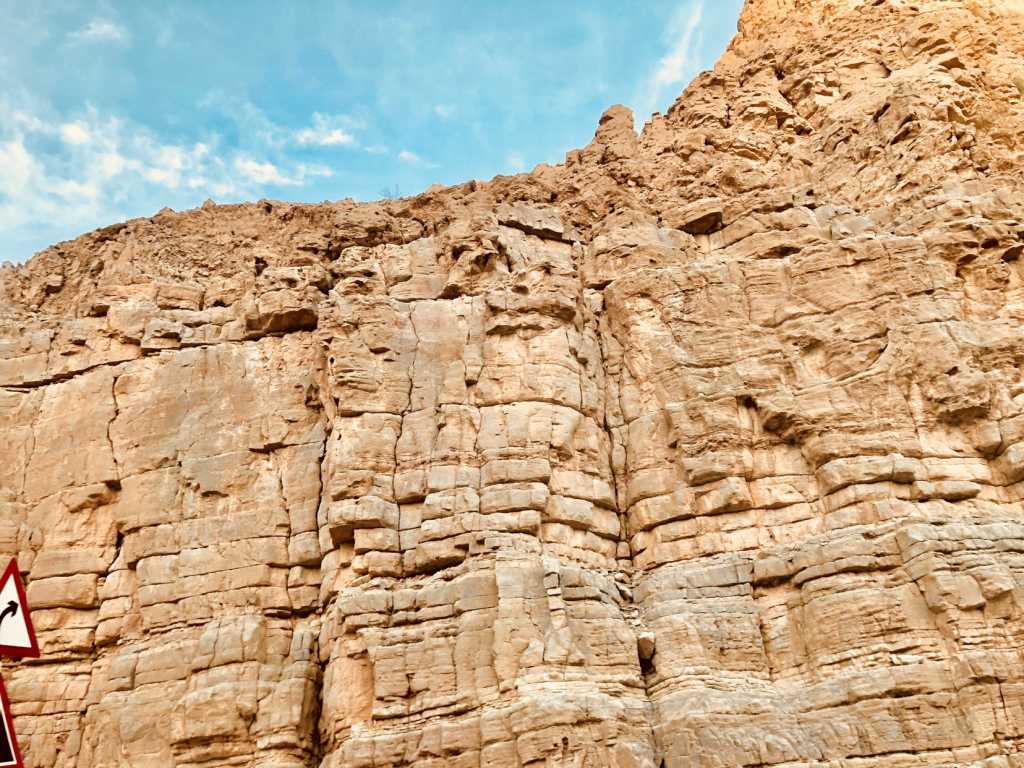 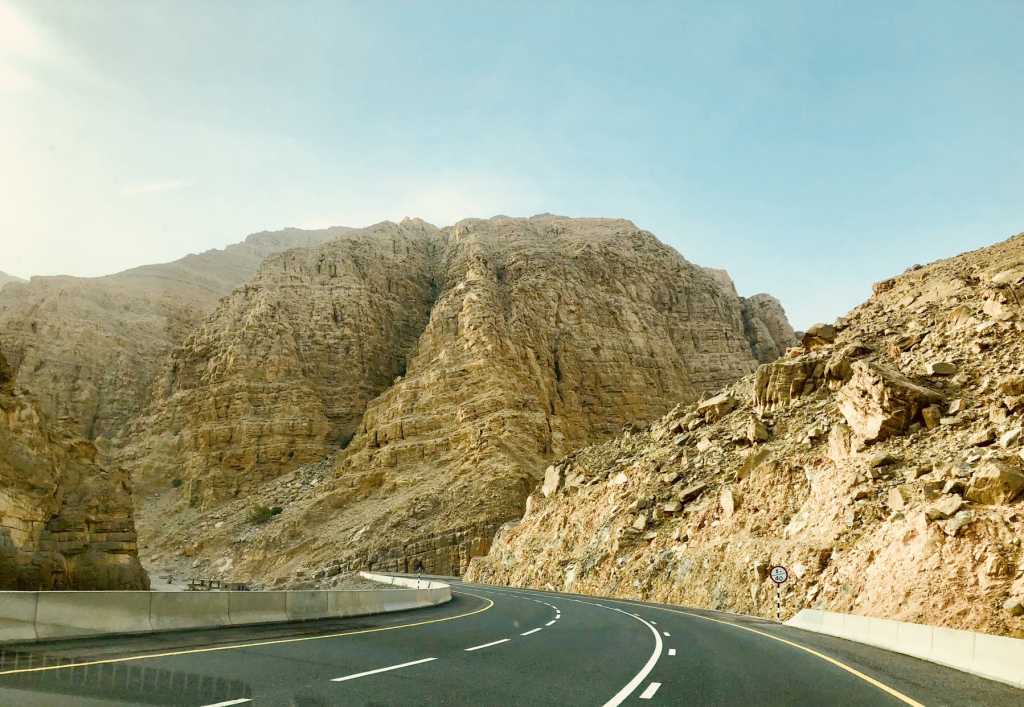 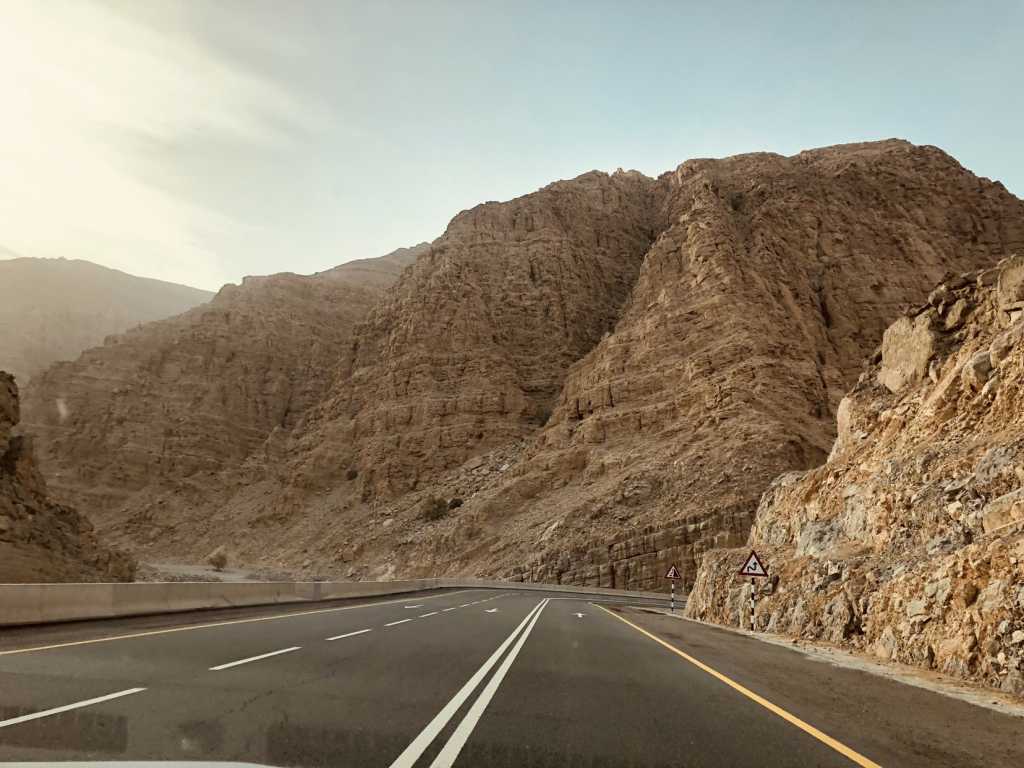 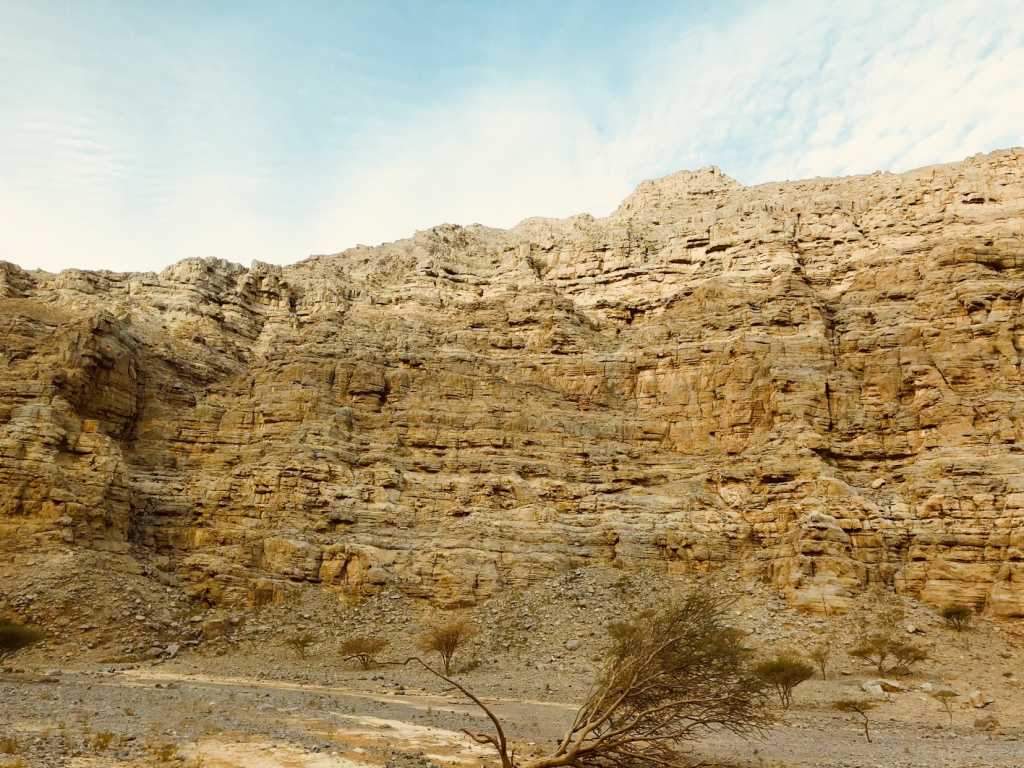 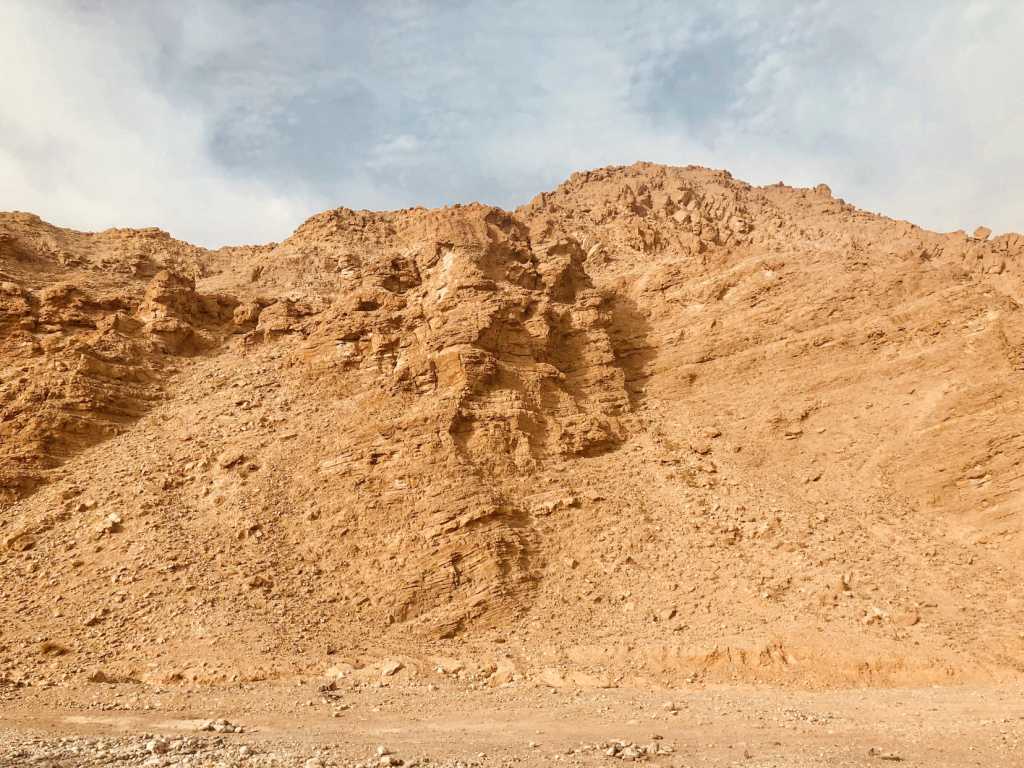 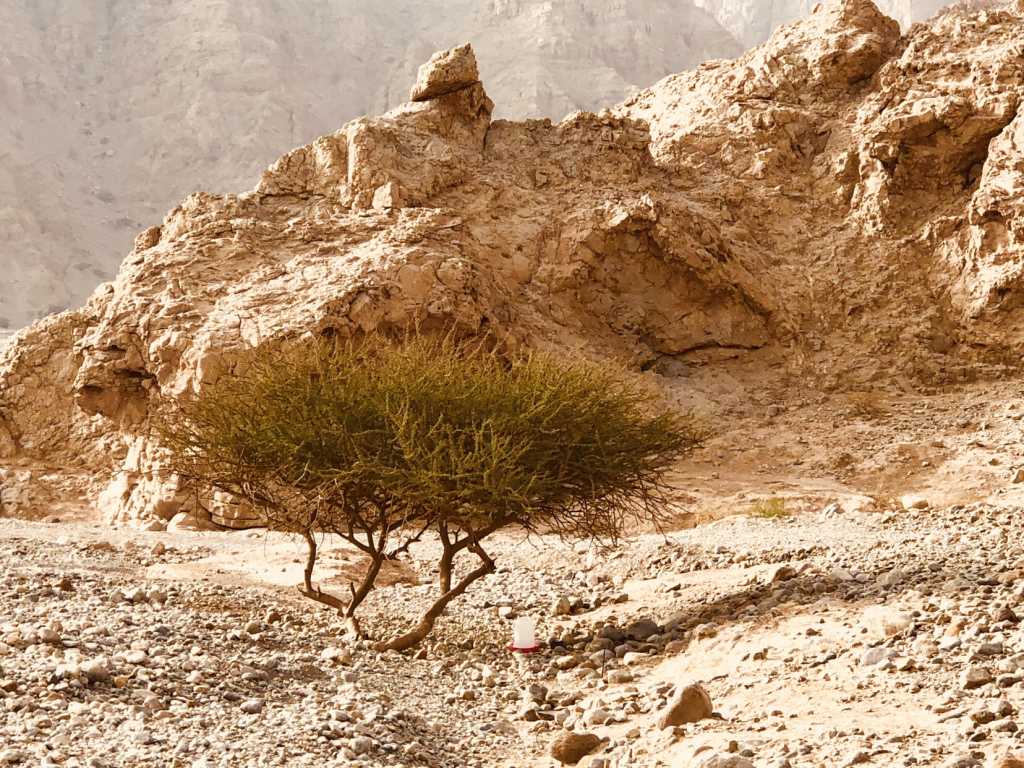 There is so much similarity here in Jebel Jais, as you drive further towards the lap of the mountains, you will notice the roads are extremely good and lead you to the mesmerizing beauty of Mother Nature. The natural factors cannot be ignored; it speaks a lot about river bodies being present there years ago. You will also see small flat white stones; those stones are always there underneath the rivers. It seems like the river dried off many years ago and left those stones as proof of its existence.

The wave-like marks, similar to Grand Canyon can be seen in the mountains as you drive ahead and go closer to the peak. It feels like strong water waves hit those mountains to portray her favorite designs. There could be a river or the gulf which later shifted towards the other side of the mountains. But for sure, there are traces of water being inside and among the mountains. Geological scientists may be able to prove my statements. A similar historical event happened at Grand Canyon when the Colorado River cut their channels through the layers of mountains and the Colorado Plateau was lifted and left a Wonder to entice the world. 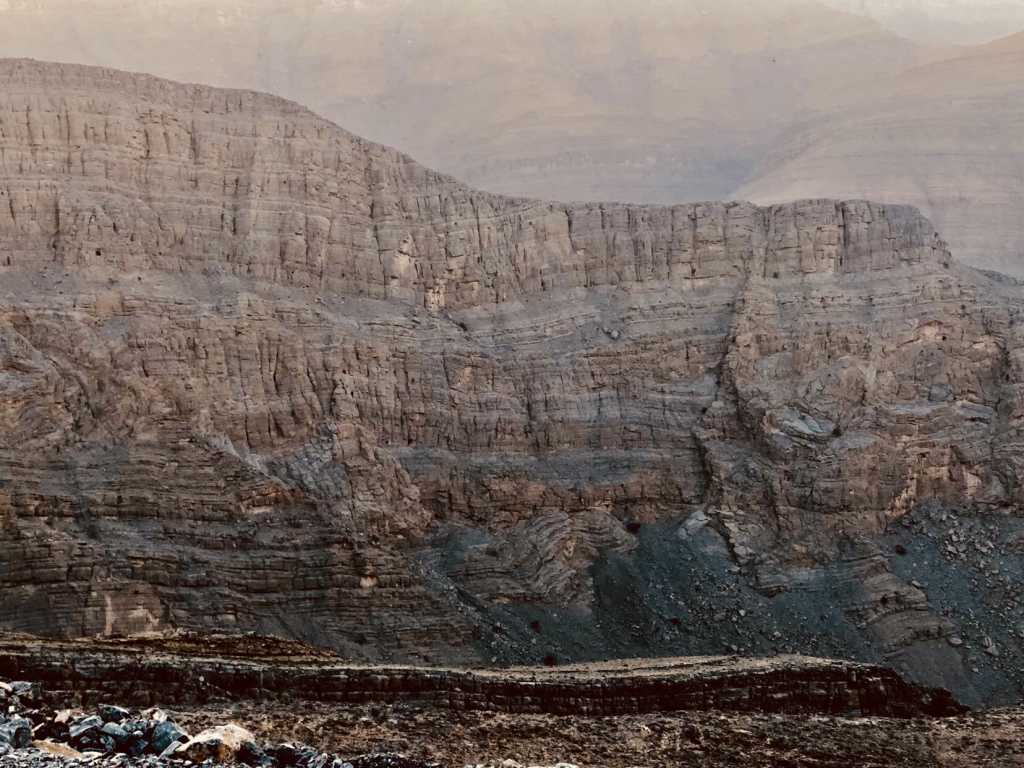 The government of Ras Al Khaimah has worked very hard to create good roads to Jebel Al Jais. There are multiple stops on the way; we were stopped on the way to hand over the plastic bag for garbage. It was the first stop with clean toilets as well. After that, the drive will spellbind you as you adventure the chain of steep cut and naturally designed and decorated mountains. The second stop took a bit longer to arrive but there are washrooms and a couple of food stalls for people. A lot of people camp here for the night. The spot is well lit by the street light.

The point above is View Point where you can watch awe-inspiring sunsets. The sun took abode right into the horizon just in front of our eyes. Jabal Al Jais is slowly getting popularity among residents and as well as tourists. The longest zip line in the world was launched at the top a few months ago. The government is trying to add more features to enhance the area. There is a paid parking spot right in front of the viewpoint, where you can park your car for 20 Dhs. It also has great modern, mall-sized, clean washrooms. Childrens favorite ice-cream Baskin Robbins was also there. The area is stunning with a good seating arrangement and irresistible views.

Well, most of the path doesnt still have street light but I guess people drive well with car flashlights. The area was full of people who came there to experience the sunset, some people immediately left after the event and many stayed back to barbecue with their group until 12 Oclock at night. There was enough light in the area due to the flashlights people carried with them. It was a midnight party with barbecue, food, and music.

Most of them left later and as we thought of retiring for the day, there was a large group who just grabbed a spot next to us. It was just after midnight, around 2 am maybe. They placed a bright light, next to us and sat outside cooking and chatting the whole night. At times, I felt they were too loud but I was happy there was more than enough light as I was scared of the dark.

We slept gazing at the twinkling stars over the clear sky and the moon was shining right in front of our tent past midnight. We slept comfortably for a few hours; the weather was awesome and pleasant. We woke up at dawn and waited for the sunrise. The sun took a bit longer to show up, while we waited for the sun to rise. We saw some mountain goats on their morning breakfast troll, looking for left-over food. Hubby took a snapshot of a goat chewing on a chicken bone, hilarious,I wonder how they are trained to hike over those mountains. 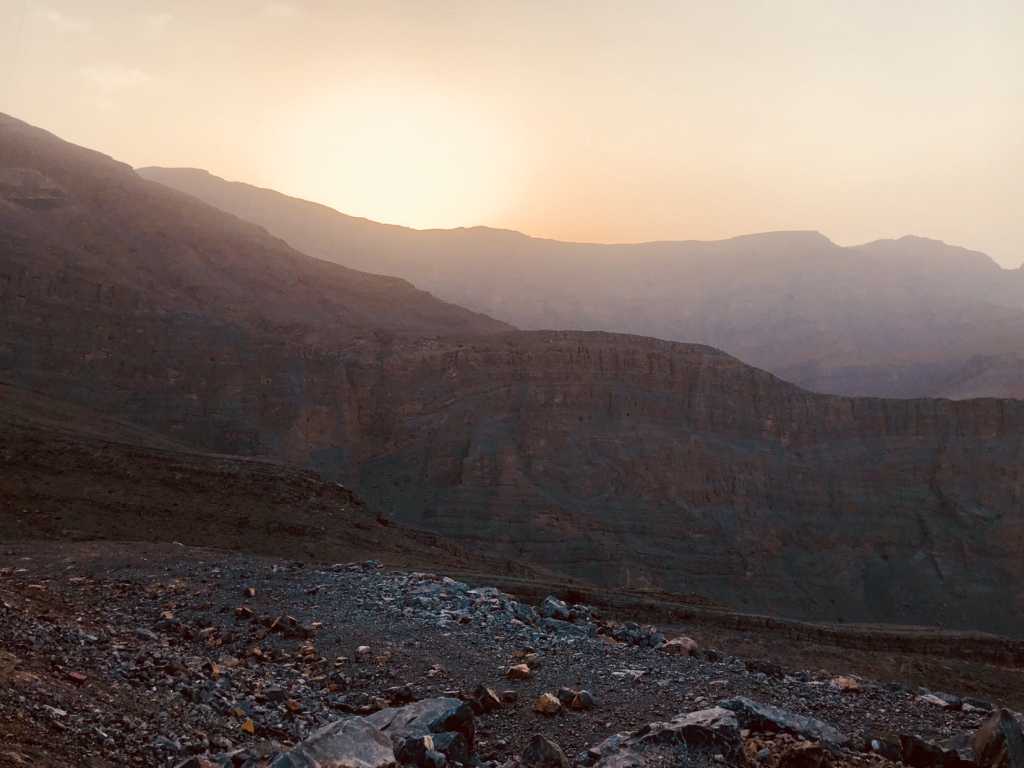 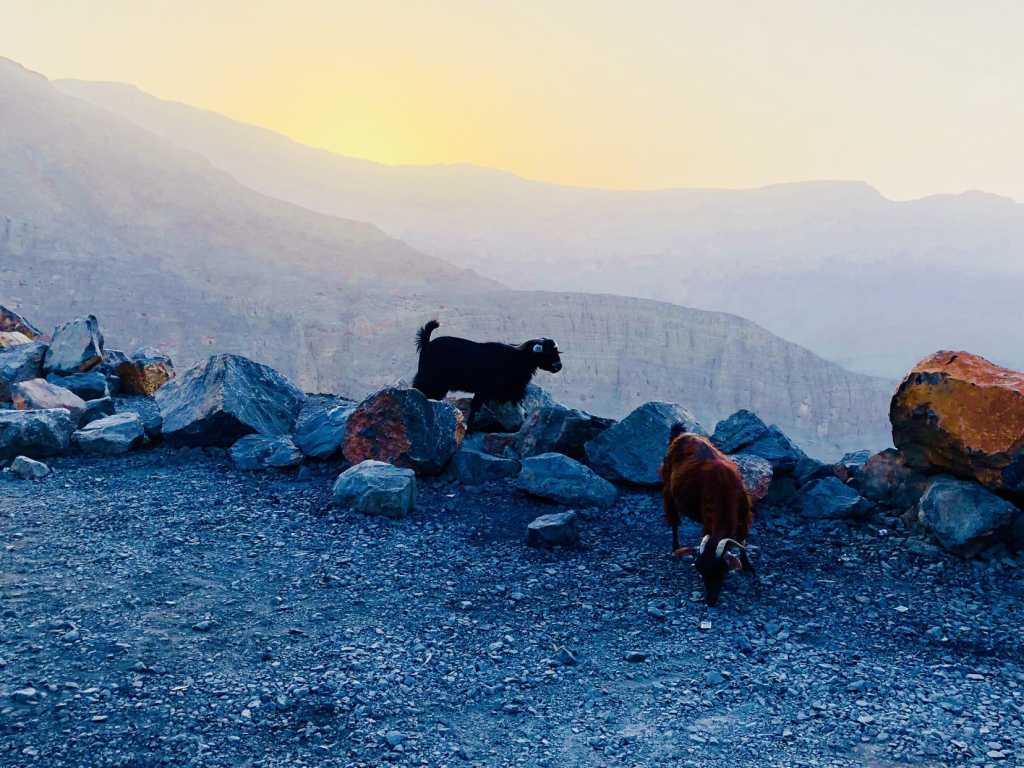 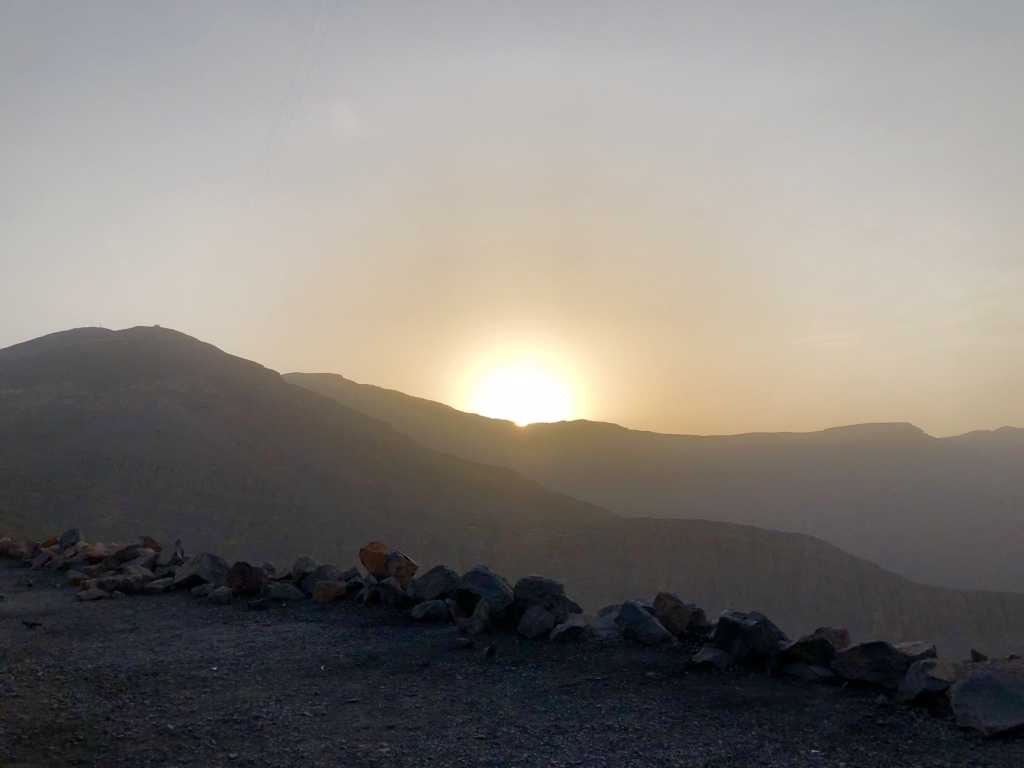 We decided to pack up and leave; it was a great experience camping in the heart of nature. In the end, I wouldnt say, Jebel Jais is 100% copy of the Grand Canyon but it is the best place to escape in nature and is right here in the UAE. Mother Earth and all her shades are nostalgic. Thank you for bestowing an opportunity to experience it! With or without trees, you are always miraculous.