Things to do in and around Katra

Do you worship the almighty? Most of us do, in different forms. What is God? For me, it is a belief! Hope, when I’m depressed, sad or scared and gratitude, when I’m happy.

Do you worship the almighty? Most of us do, in different forms. What is God? For me, it is a belief! Hope, when Im depressed, sad or scared and gratitude, when Im happy. Its a supernatural power that we havent seen but we still believe its there. Indian heritage backs thousands of years and there are so many caves, places that recite the stories. Most of them are located near the Himalayas but its not just limited to one place.

Jai Mata Di, our fun-filled trip to Katra and Vaishno Devi just ended. To help other devotees, I would like to put down the other holy places you can visit while visiting the Holy Shrine of Maa Vaishno Devi. We stayed 4 days in Katra and every part of our trip was mesmerizing. 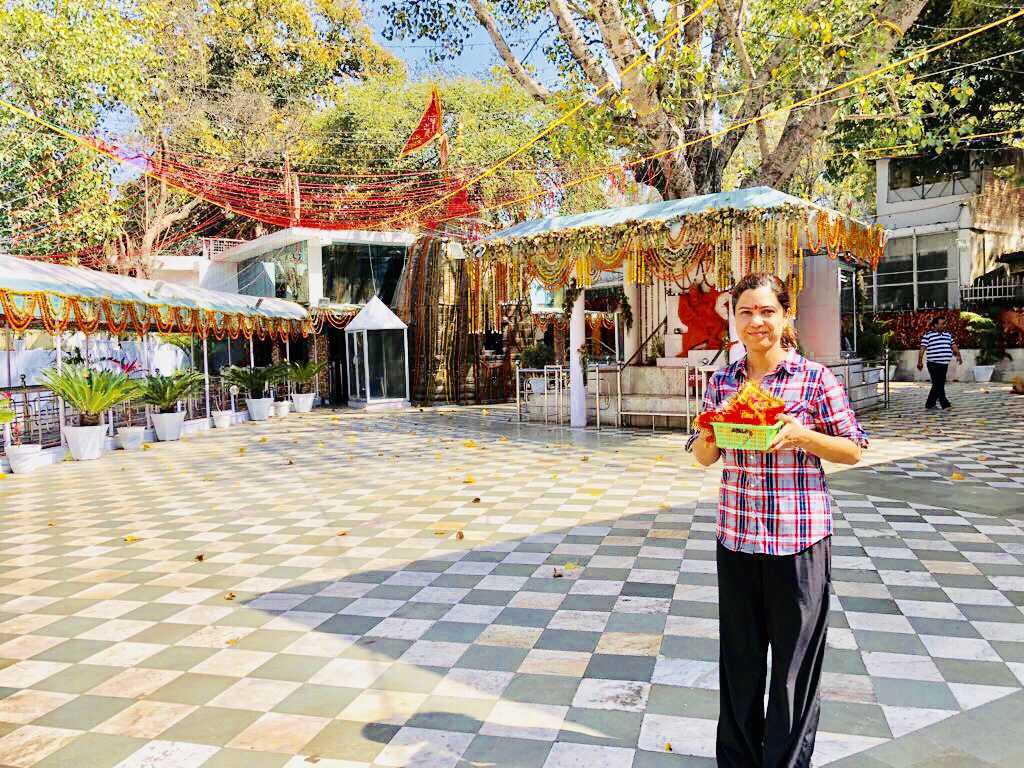 2. Deva Mai Temple:- This is the second stop before the shrine. Its believed that Goddess Vaishno Devi meditated at this very spot. She prayed here in order to complete her life as a human during the early phases of Kalyuga. The temple is located on the top of the mountain facing Trikuta Hills. The beautiful scenery of the hills from this place is magnificent. Its around 3 miles from main Katra city. 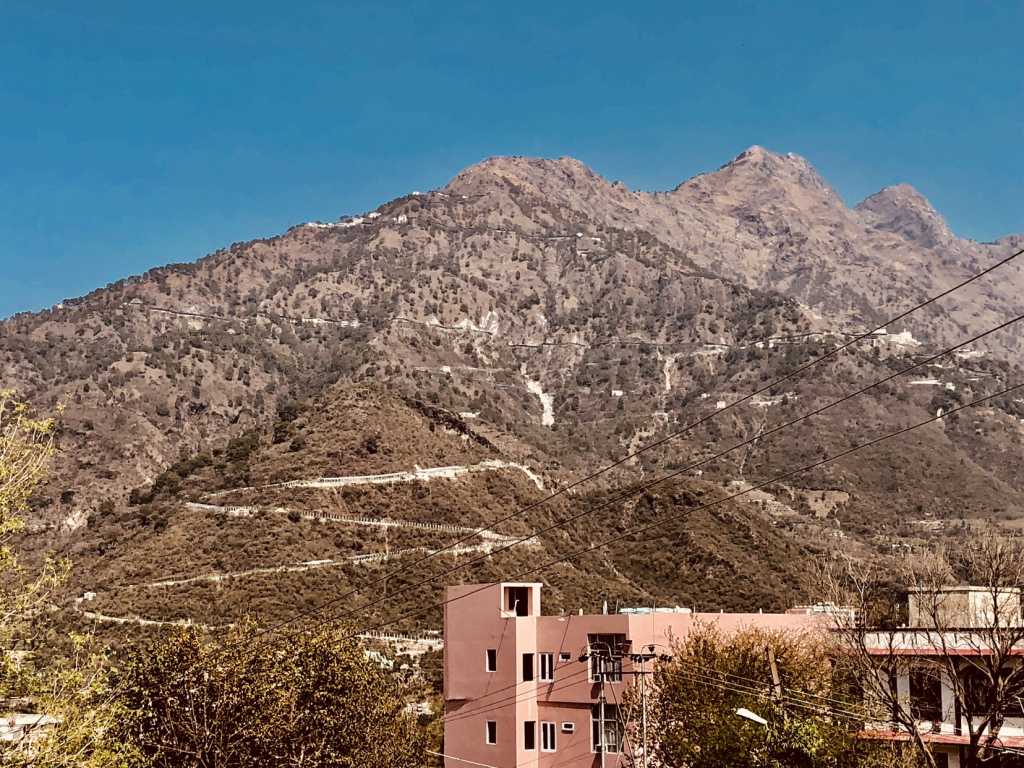 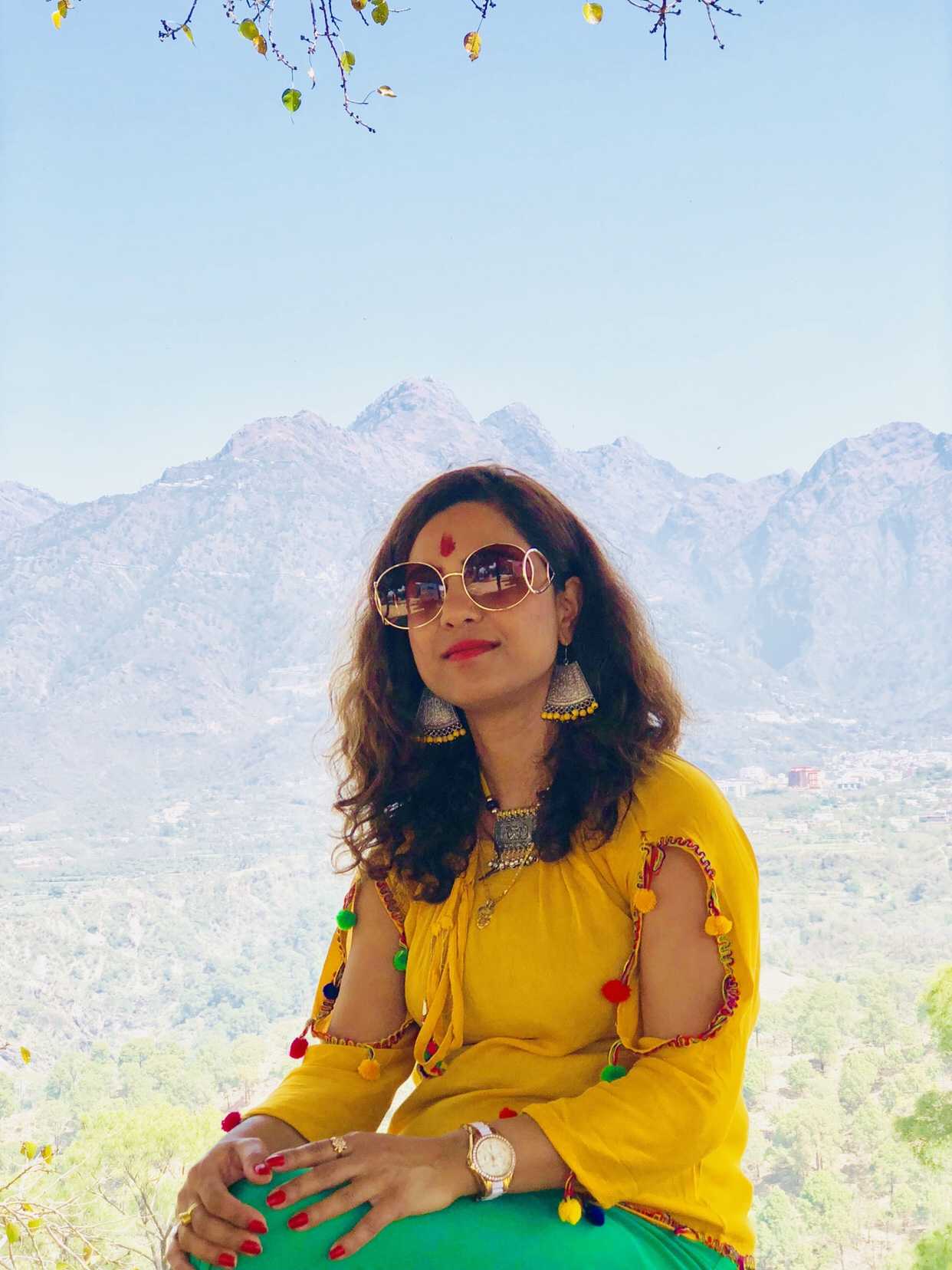 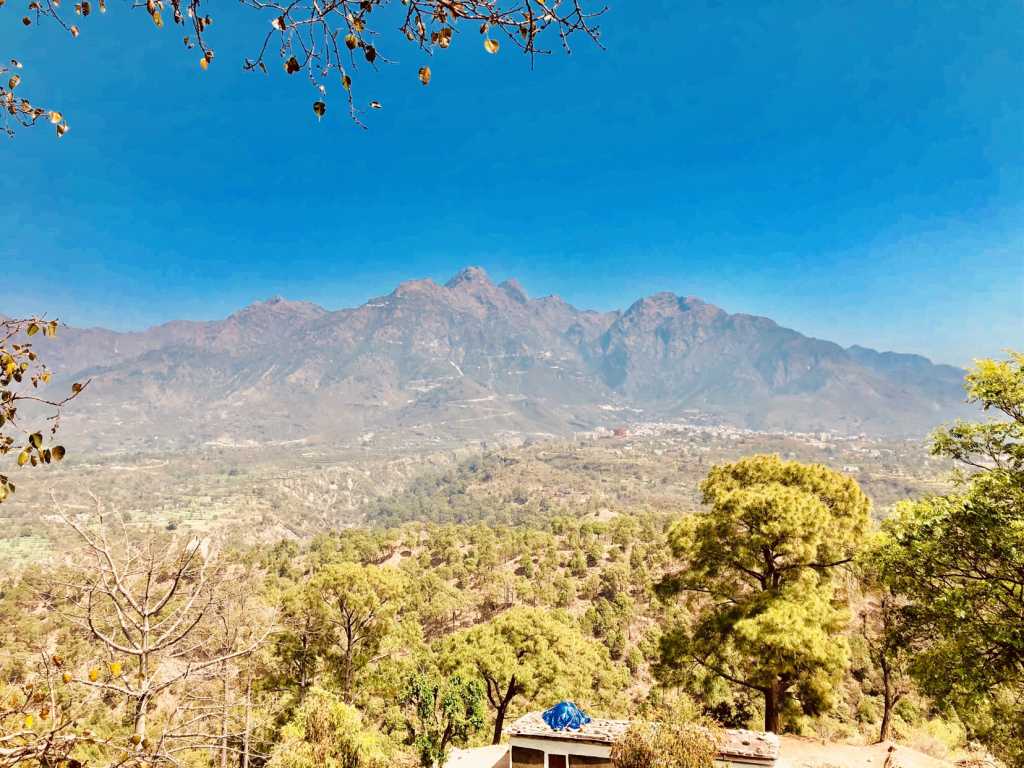 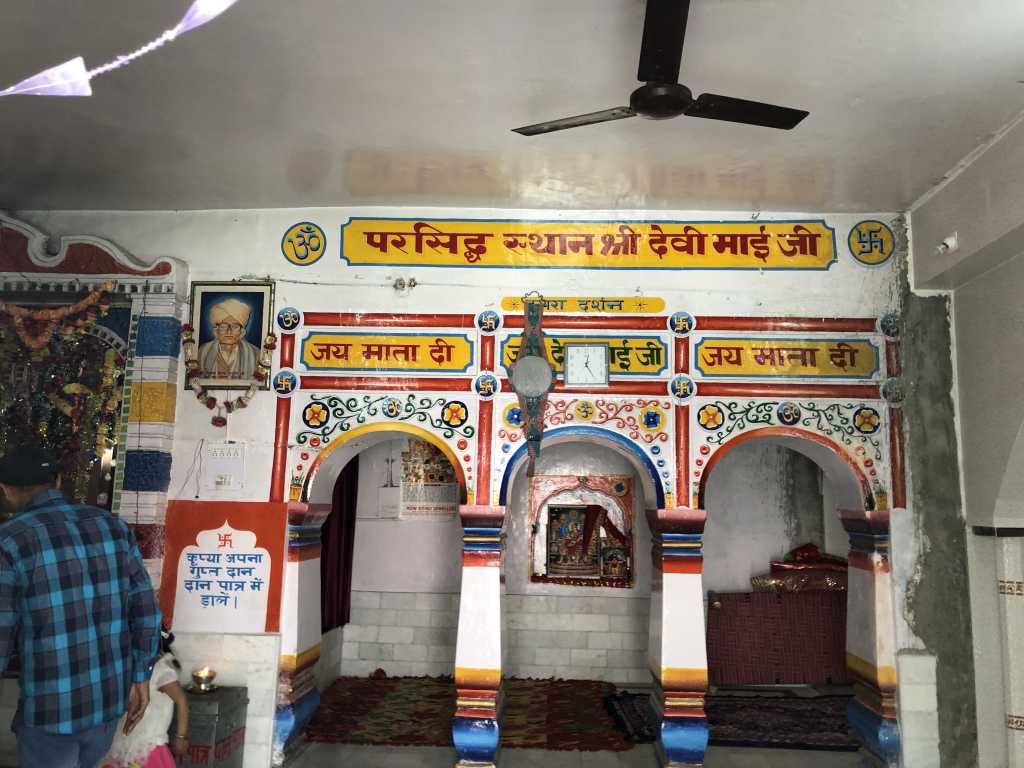 3. Nau Devi Temple:- Nau Devi temple is a holy cave is located amongst the hills and is around 4 km from Katra. Its believed that all eight sisters of Maa Vaishno Devi lived there and still bless the pilgrims. The magical cave has nine pindis located inside the holy cave. 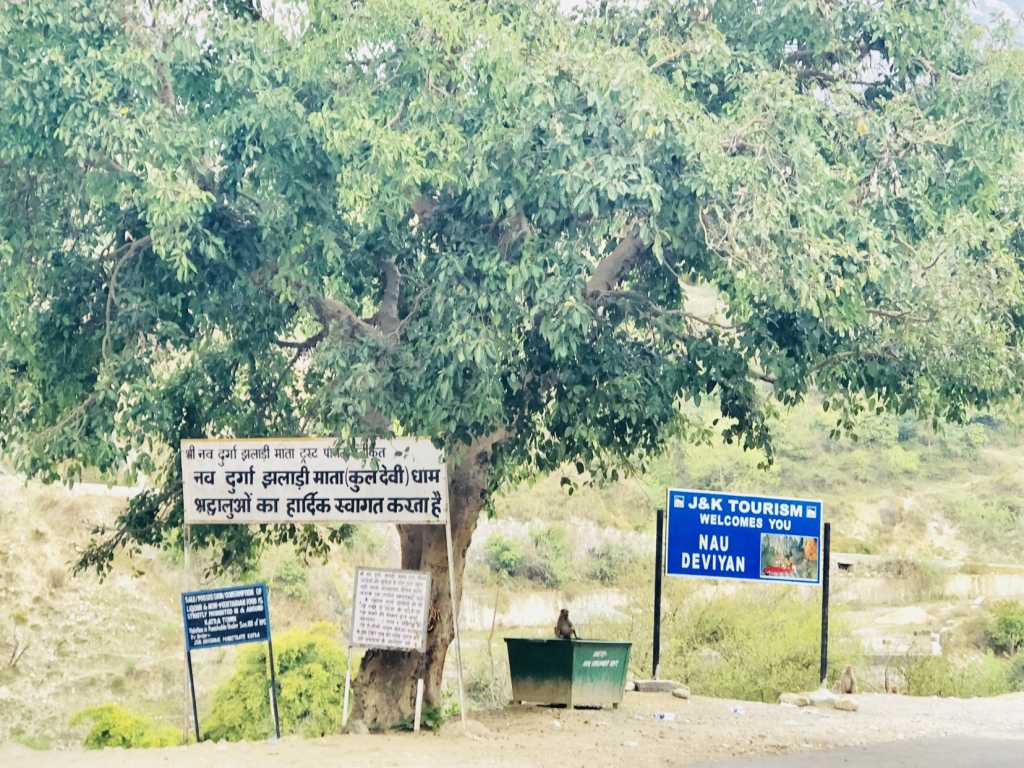 4. Dhansar Baba:- This holy place is 17 km from Katra, its believed then Baba Dhansar was a son of Vasudev and a big devotee of Lord Shiva. There is a small cave of Lord Shiva as well. According to the locals, the serpentines with multiples heads (Sheshnag) appear in the stream once a while, many people vouch they have seen them.

Dhansar Baba is also the family deity of villagers who offer statues when a child is born in the family. You can forsee the Vaishno Devi shrine clearly only from this spot. Beware of monkeys at this spot, dont carry edibles in hand. 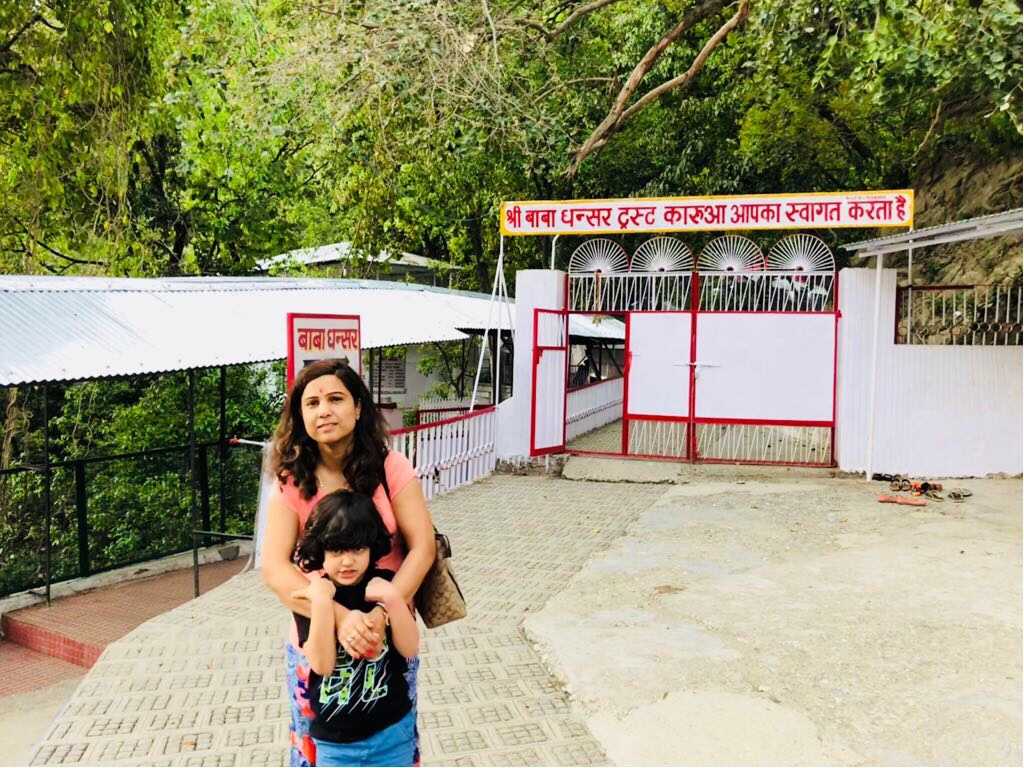 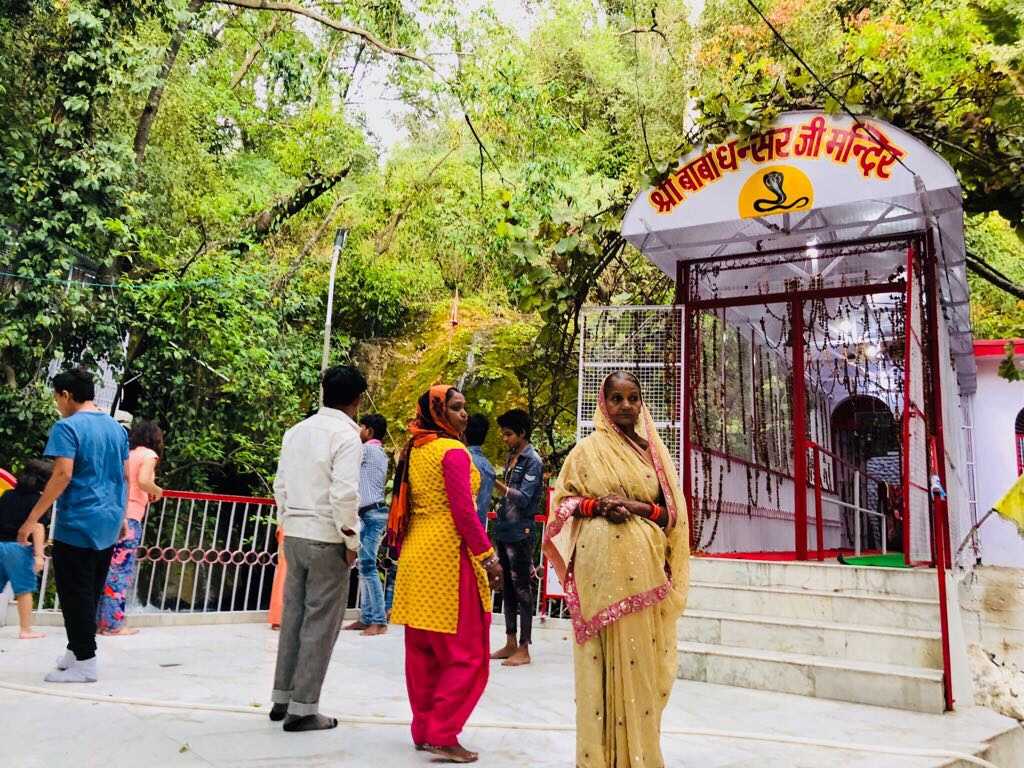 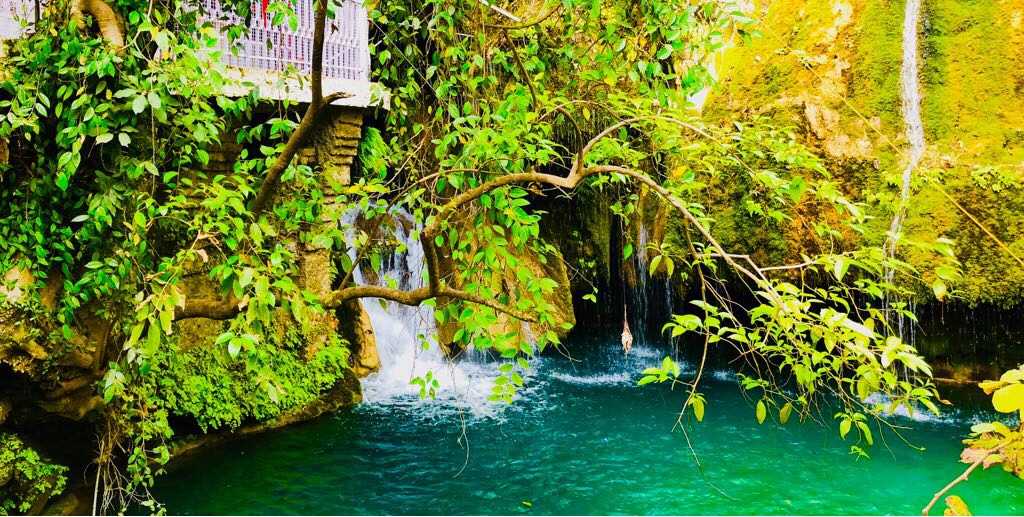 5. Baba Jitto temple:- This temple was made in the memory of Baba Jittoji, who was a great devotee of Maa Vaishno Devi. He hiked the mighty Trikuta Hills, every day for 12 years without a fail. To see his dedication, Maa Vaishno appeared in front of him one day and blessed him with a flower, and asked him what he would want! He wanted the sight of Mata Rani every day and wanted his village to be blessed with the Holy water.

Goddess granted his wish and to his surprise, a girl child was born from a flower one day and Gangajal started flowing from the mountains. Goddess told him, now he doesnt have to climb up and down the mountain anymore since she will live with him in the form of a baby girl.

Its astonishing to hear the girl suddenly disappeared after Baba Jittos demise. 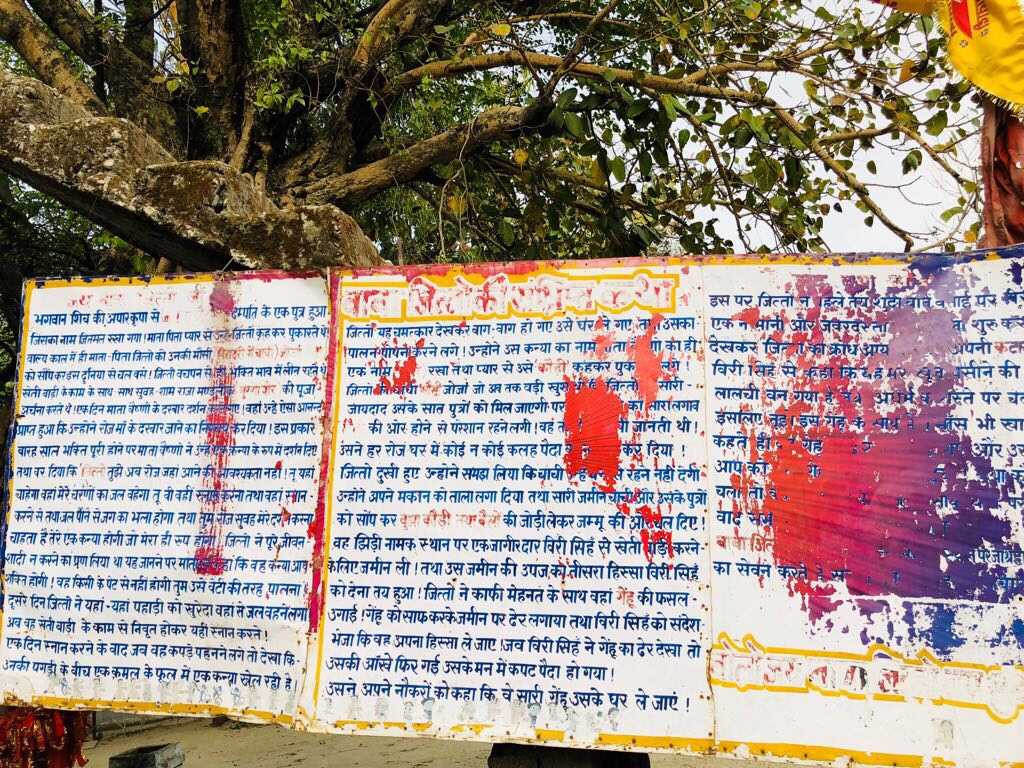 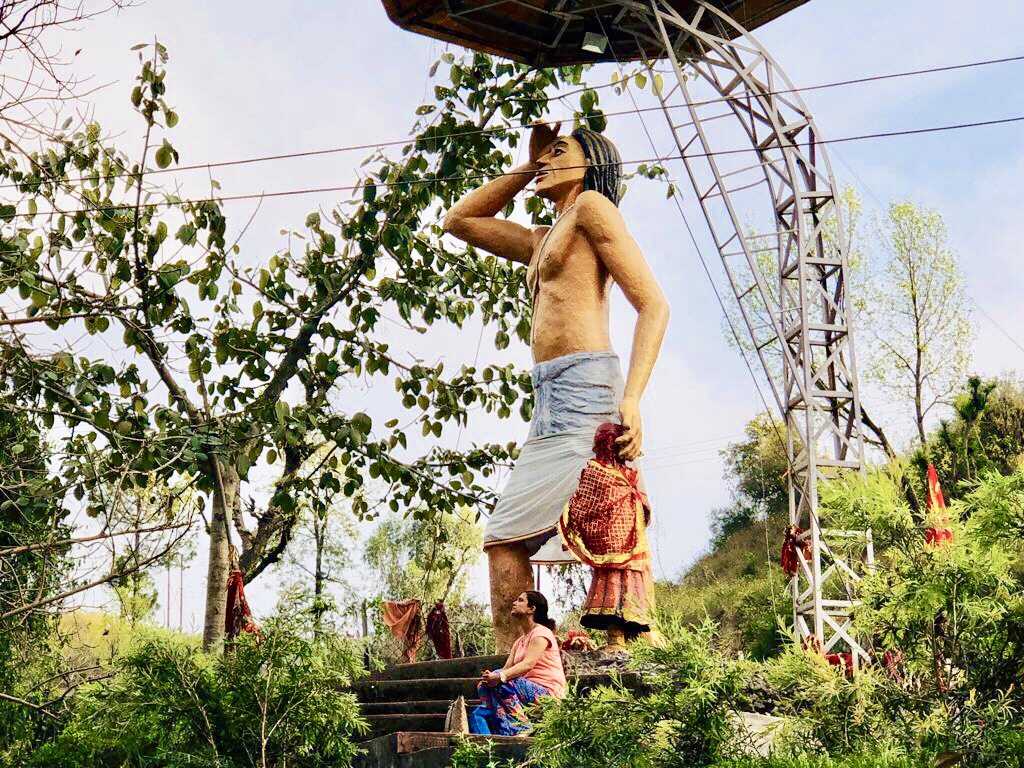 6. Bhumika temple: This temple was the place where Pandit Shridhar used to pray. If you have seen the movie, Jai Maa Vaishno Devi, you will remember. Mata Vaishno appeared in front of Shridhar and his wife in the form of a Kanjak (the girl form).

Pandit Shridhar was blessed to be the priest of the Holy Shrine to serve and could have a sight of Mata Rani every day. Since then his ancestors (13th generation) is still worshiping Mata Rani as priests today. 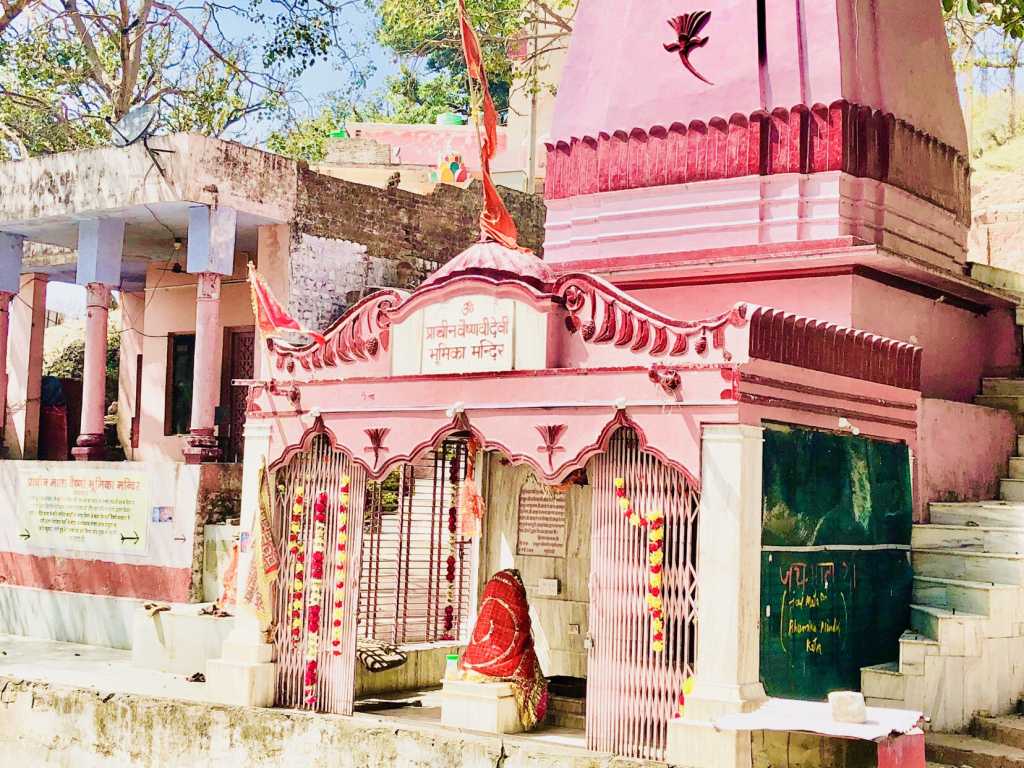 7. Shiv Khori temple:- Shiv Khori temple is located around 90 km from Katra. You can take a taxi to visit there. The natural cave is located 3kms from the taxi drop off, you can hire a pony from here or hike up. Its a magical place, my kids loved it and they keep talking about going back. 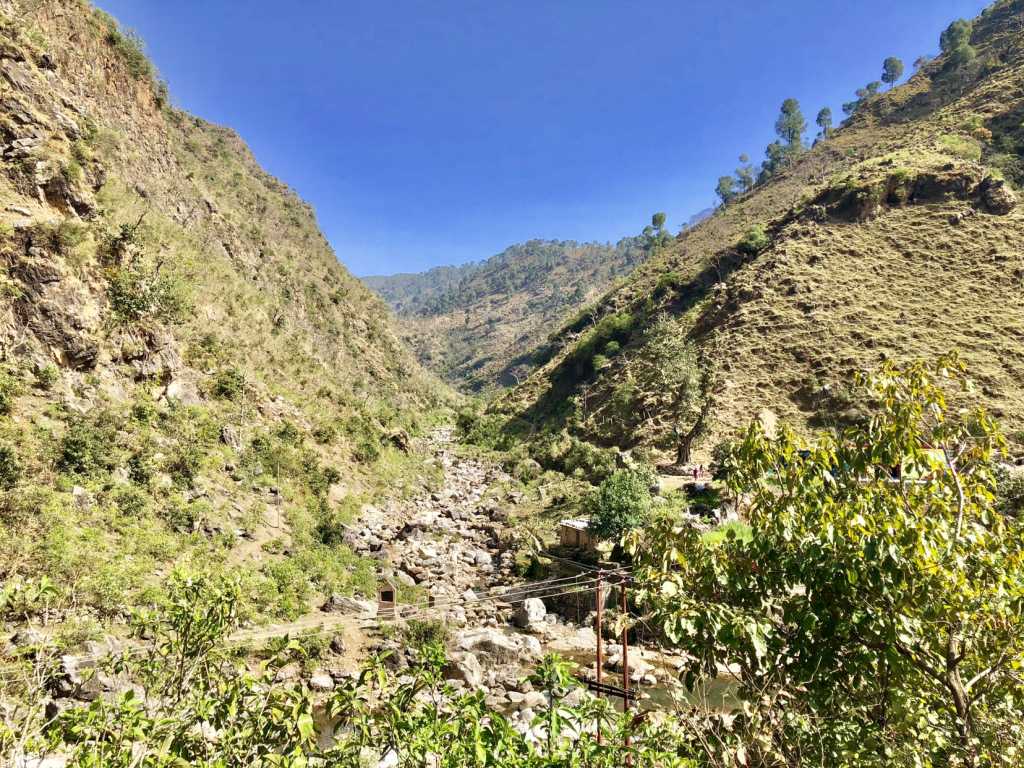 It be the cave where Lord Shiva took shelter after assenting a boon to Bhasmasur (demon king), that whoever he touches will burn into ashes. As Bhasmasur wanted to rule the Universe, he thought of using the same boon on Lord Shiva only.

The priest at the Shivkhori temple said, Lord Shiva then hid in the holy cave and then created his path through Amarnath. The rest of the cave to Amarnath has been closed. It was truly adventurous and a bit scary at times. There are lights all the way to the temple to brighten up space. People who visit Katra now are visiting Shiv Khori. It can be pretty busy during the evening hours. We did it early morning and as we finished, saw a lot of buses arrived, ending into huge lines up to the cave.

8. Baglihar Dam:- Baglihar Dam also known as Baglihar Hydroelectric Power Project, is a run-of-the-river power project on the Chenab River in the southern Doda district of the Indian state of Jammu and Kashmir. The Chenab River is a major river that flows in India and Pakistan and is one of the 5 major rivers of the Punjab region. There is a waterfall in this area where a lot of locals and tourists gather during the summer months. It is not permitted to take a bath or go near the river as the levels can increase anytime. 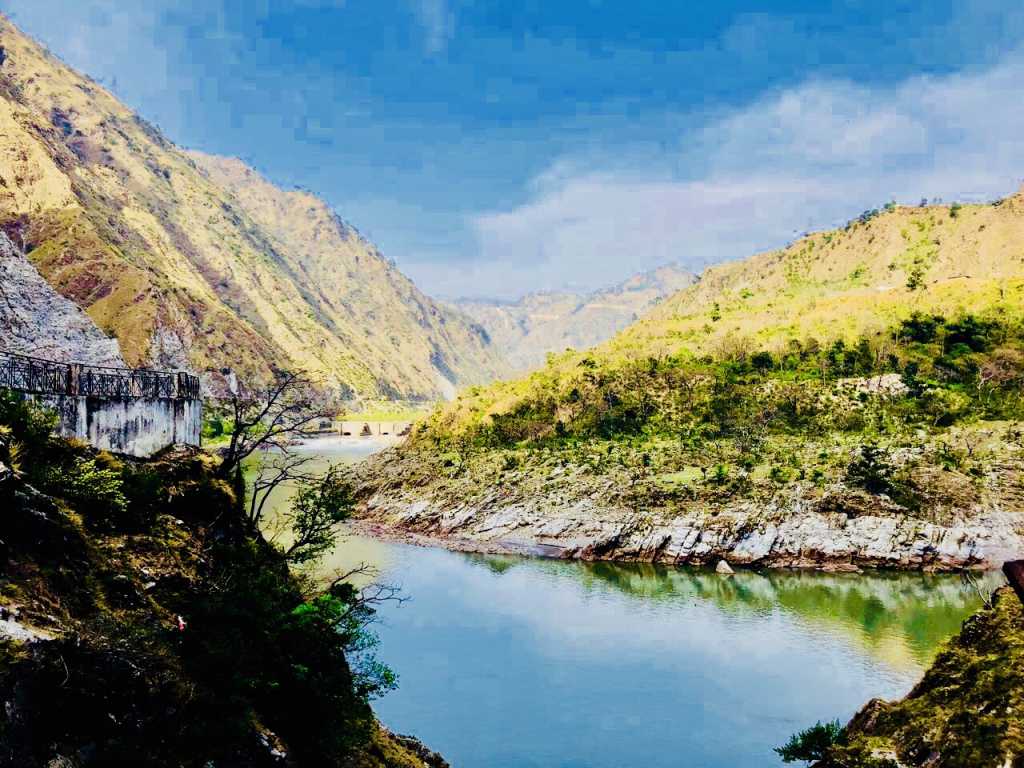 9. Har ki Pauri: One has to land in Jammu either through flight or train as its the first step to Katra, then why not visit a few sacred places in Jammu? Har ki Paudi is one of them, named after the place in Haridwar. This place is beautifully designed with most of the Hindu Deities placed in one single location. The gigantic Ganesha Idol steals the attraction of this temple. Cameras are not allowed in the temple, this view is from the road above.

The temple is located on the banks of the Jammu Tavi river, you can walk to the river. It would be nice in summer as the rains pour more water into the river. 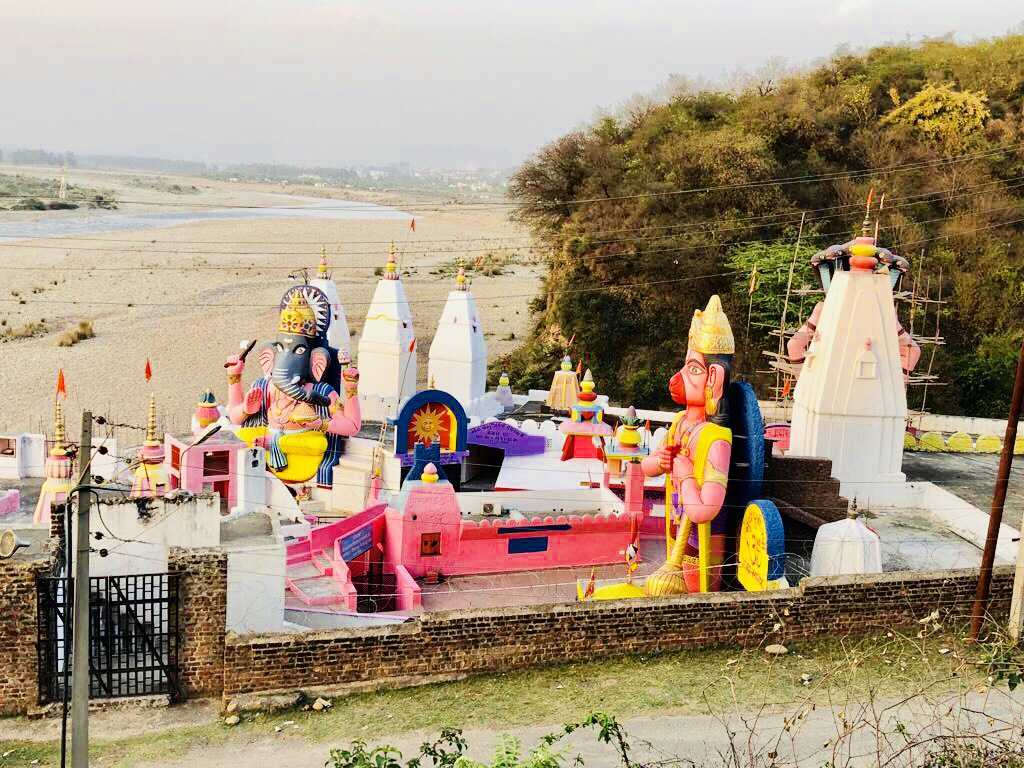 10. Bage Bahu Kalika Temple: Lush green gardens around an ancient fort, featuring fountains with colored lights, a lake views. Located on the mountain and built in a fort, Bage Bahu fort also has a famous Kalika temple. The sunset looks gorgeous from this place and the temple is visited by thousands every day. 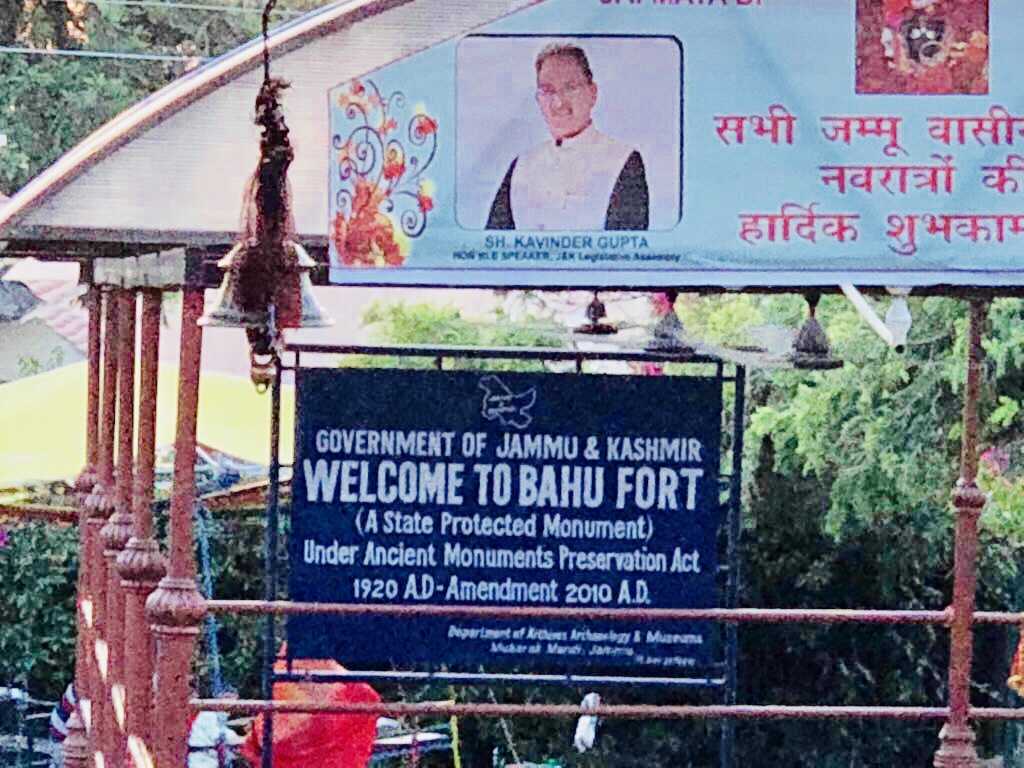 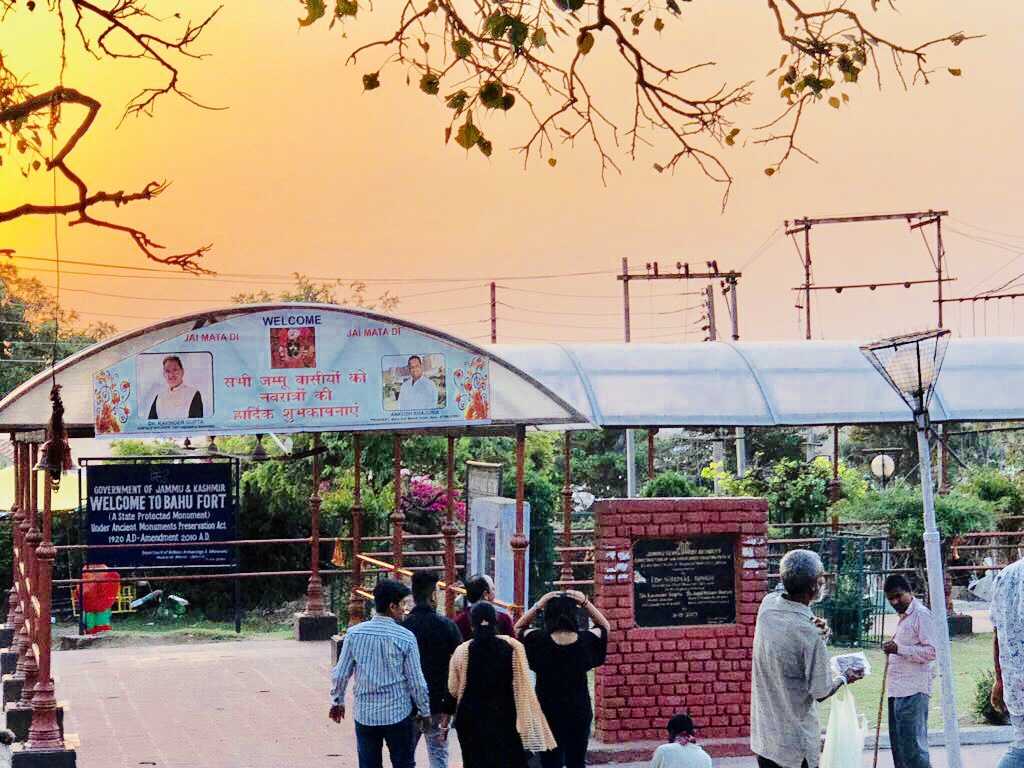 11. Jamwant Gufa: Its another Lord Shivas cave located at a sacred place. There are many caves located in the Himalayas that are believed to be sacred, Jamwant Gufa is one of them. This is the same Jamwant from Ramayana, people believe he stayed in the cave to pray after the war in Lanka was over. We reached here during the evening aarti and felt blessed.

12. Raghunath Temple: Raghunath temple is one of the biggest shrines in Jammu- Kashmir after Vaishno Devi. It was built by King Ranjit Singh. The temple is named after Lord Rama, evening aarti here was bliss and we were fortunate to experience it twice during our trip. 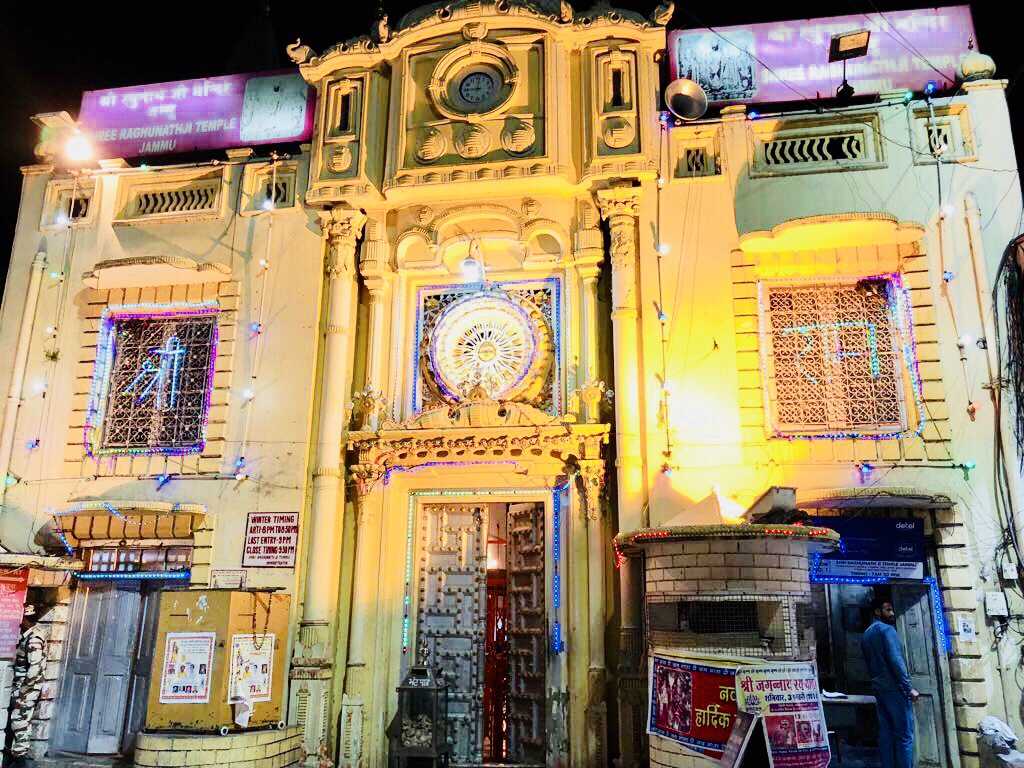 Our trip was fantastic, we took a rickshaw to visit places near Katra and Taxi otherwise. Kids enjoyed hiking up, visiting caves, and all the thrills and excitement. We hope Mata Rani will call us soon to visit her again. Have a nice trip! May Mata Vaishno bless you all!

Thanks for the info. I have been visiting the shrine for last 25 years but have not been to these places. Will surely visit them now. Useful info.