Pets own a piece of your heart!

These 2 boys are 11 months apart, born in the same year. Ronnie was born on 1 January 2012 while Ayan came at the end of December within the same year. It was when we had a miscarriage in February and I was heartbroken, kept crying day n night. 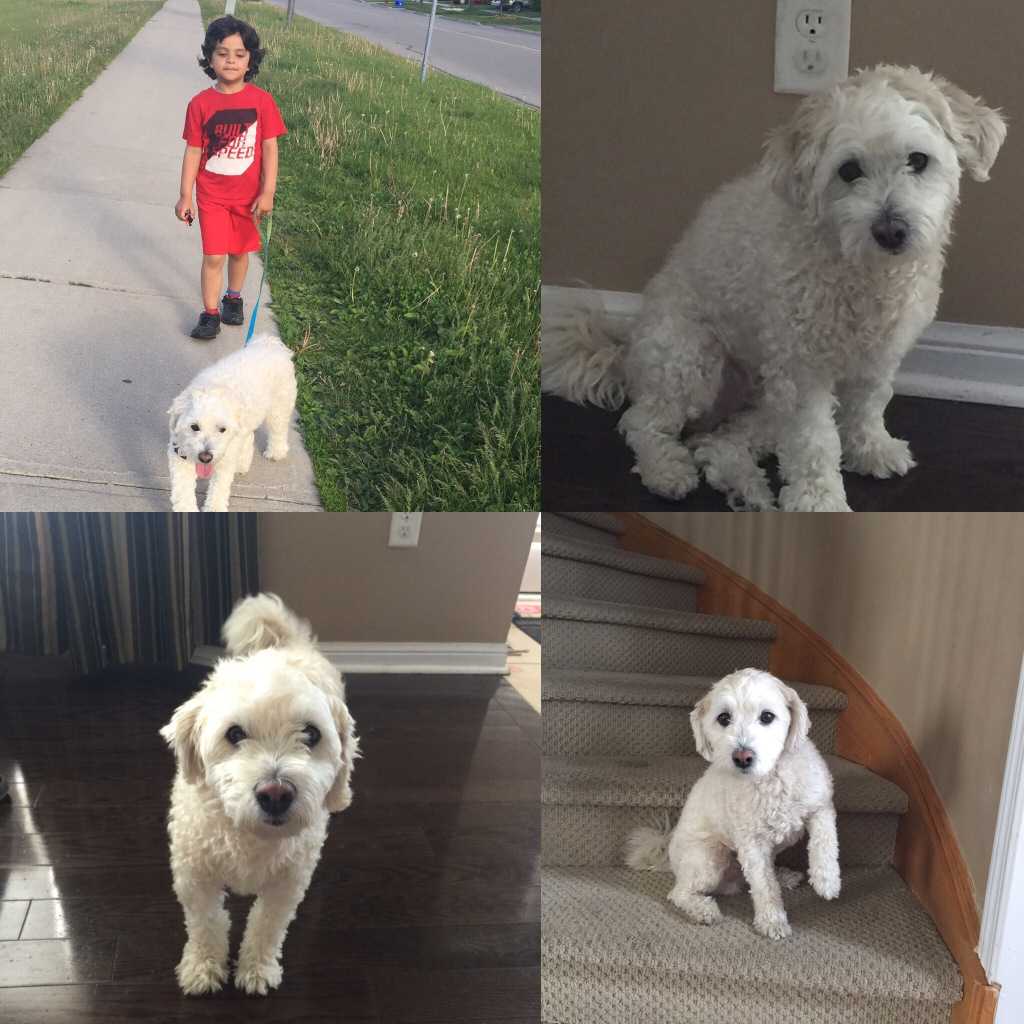 These 2 boys are 11 months apart, born in the same year. Ronnie was born on 1 January 2012 while Ayan came in the end of December within the same year. It was when we had a miscarriage in February and I was heartbroken, kept crying day n night. We used to watch a show called, Pick a puppy, it was about families going to 3 different breeders to find their favorite pup, who can play with their children and gets along well. We loved the show and on 1 night after watching the show, we said wish we could get one too and started researching what could be good for our son who had allergies, we found out about this breed which was hypoallergenic and doesnt shed, they are very smart n intelligent as well. The next day, we researched about the breeder n on the same evening after picking up Aarav from school, we drove 65kms to get the puppy. We were told, the lady has 4 puppies we can choose from, after seeing all 4 of them, one of them were pure white, one brown, 1 black n one off white, I didnt like any of them n nodded to my husband saying lets go n then all of a sudden 1 pair of eyes looked at me saying, wait, you didnt look at me properly. It was Ronnie n I told my hubby, wait maybe this one can go home with us?

We all saw him again n told the lady we wanted him. She mentioned youre taking him from a lodge n now make him feel hes now going to Marriott. Excited, we bought his crate n all the necessary things we saw on the show on our way home while driving chose his name, hubby said, we will call him Ronnie, we loved the name.
Ronnie was terrified that night, he didnt know where he was going, I held him in my lap the whole way. He was uncomfortable n cried that night as he was separated from his mother n siblings, my husband comforted him and took him in his blanket n he slept through the night.

I never had dogs at my house before but my husband did so he knew how to handle n what to expect, I liked them but was scared. The next morning as I woke up, he was waiting by the door to greet men started nibbling on my feet as puppies do, I definitely didnt expect that and jumped on the couch, my hubby explained how the puppy will behave and we will all slowly get used to each other.

We were so excited to have him, Ronnie took all my sorrows away and filled my lap as he was my other child. I started finding happiness in him, from falling baby teeth to house training, from pee accidents to potty training and too long walks, he had definitely become my baby, he was only 9 weeks when we got him. He came to us in March and in spite of my miscarriage in February I was expecting at the end of April. It was a kind of miracle for us. I felt, Ronnie was lucky for us. My husband felt proud of saying he was Ronnies dad when he called up his Vet for appointments.

It was almost time for my delivery which was expected in January, we planned Ronnies neutering in December so he is recovered before I hit the OT in January. I remember the day he came home, we both were so paranoid to see him in pain and discomfort. We took turns to stay home with him all the time and brought him upstairs in our room at night to see if he needed us when hes in pain. I remember both of us sitting in the bed and watching him until 12 am, didnt like to see him in pain.

Destiny had a different plan and only 4 days after his surgery, I ran to the emergency with the broken water bag, Ayan was born 2 days later, he was a premie. I was in the hospital, I had a newborn but my heart was at home for Ronnie and my other son, so I kept crying and showed the doctors I was brave enough to go home the very next day.

I didnt realize how and when this furry ball had taken a piece of my heart and filled it with so much love. He doesnt expect anything from us, just wants to see us around. He wont eat if we are away. My husband says, if one of our children becomes like him, we would be glad,Ronnie has made us proud wherever he has gone and whoever he has met. He is the best puppy ever, now he is 5 but his puppy spirit is still alive!!! You have my heart forever my boy, I will love you forever.