Arianna is a beautiful and brave child who's teaching the world that it's all worth it, just keep moving forward.

Arianna, met this cute little angel in May last year while we were auditioning for Kids Megafest. She was a cheerful and smiling girl, excited to be a part of the Fashion Show. Whenever I think of her, I always recall the moment when we met all the parents and kids again to hand-over their costumes that were sponsored by a clothing company for the Fashion Show. I still remember, the while blouse and blue jean skirt which we gave to her mom for Arianna to wear during the show. She participated in the Fashion Show in Kids Mega Fest and stole the hearts of everyone sitting in the audience. With shiny bright eyes, long golden hair and pink frock, she looked so gorgeous and her forever smiling face caught everyones eyes. She was happy to see her parents in the audience and was waiving at them. What an amazing performance and confidence of a little 4 years old!!!

This part of the event was very successful at Kids Mega Fest so we decided to have an exclusive event only based on Talent and Fashion Show again in some months for talented kids in the community. We wanted to give a platform to everyone who is very good at what they do and even those who dont know where their strength lays. This event was planned to bring these hidden gems out of their shields to gain more confidence on stage and in front the audience. Ariannas mom showed interest again and sent us a message mentioning her daughter would like to a part of the show again and they will be present at the auditions, this was late October last year. After the auditions were done, I and my husband were discussing, who all were supposed to come but couldnt make it and why they couldnt come? Then suddenly, we received a message from her mom mentioning, You mustve thought that we ditched you but our daughter Arianna has been diagnosed by Leukemia and that they spent their whole day at the hospital. This broke me in tears; it was the worst news ever. I kept recalling the cutest little smile and the tiny blue jean skirt and white blouse. How could God be so unfair to a little child?? Why that little one had to bear so much pain?? Any thought of Arianna made me cry for some days. I had only her 3 times but that innocent face that I couldnt forget L We decided to change the event into a fundraiser for Arianna and her family. The whole family has been so positive and inspite of this serious illness, they have not accepted any defeat. Her mom and dad shuffle and struggle to be at the hospital with Arianna and at home with their 2nd born. They also have to look after their 1 year old son who was much younger when this happened. This family has inspired everyone that no matter what life throws at you, keep a positive attitude and fight in all the possible ways. Ariannas mom told us, this whole treatment would take 2 years to get rid of the disease but it has only been 3 months. Arianna and her family was able to be present at the event for some time, we spoke to Arianna and told her that she has to be super healthy again and should be up on the stage once again to walk on the ramp and even do a dance performance next time. She was so excited to hear that and said, What will I forget my moves?? Im so happy that I will be able to do it again. Her face was lit up with excitement and a big smile. 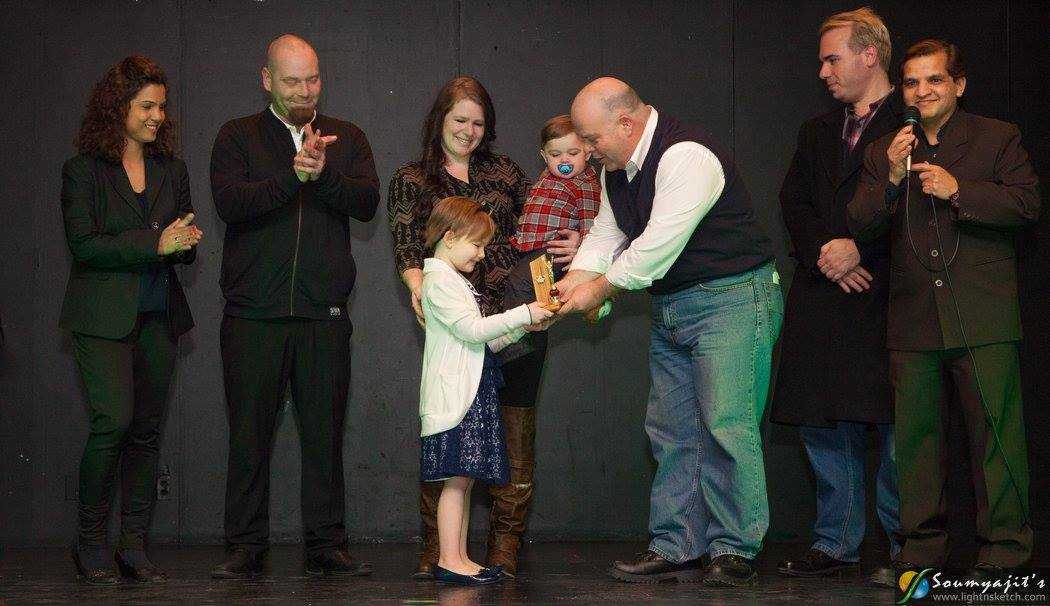 Arianna is a brave and kind soul, she has also been handing out toys to the sick kids at the hospital to cheer them up. I hope and pray, shell be able to Kick Leukemias butt very soon and will be able to lead a very happy, healthy and normal life ahead. Shes a big inspiration for everyone and we know that she will grow up to be a kindest person and will help everyone!! May God bless the little one and her family!!!