Hozpitality Group’s first Middle East Hospitality Excellence Awards 2015 was a grand success with over 86 winners and runners up in different categories including Judges Choice winners.

Among International Celebrities who attended the event were Master Chef Sanjeev Kapoor and Chef Vikas Khanna along with our esteemed panel of judges.

Over 400 candidates entered the race to be nominated as one of the best in their category. The Middle East Hozpitality Excellence Awards 2015 was presented to recognize top industry organizations that have shown skill, creativity, ingenuity, and success in the Middle East North Africas growing hospitality industry.

These are popular choice awards for the hospitality Industry where selections were purely done on basis of online voting and we received over 30,000 votes for various categories, Mr. Raj Bhatt, Director Hozpitality Group said. 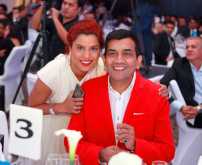 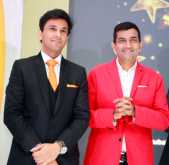